English Articles Why Gopal Kanda is Untouchable to the BJP 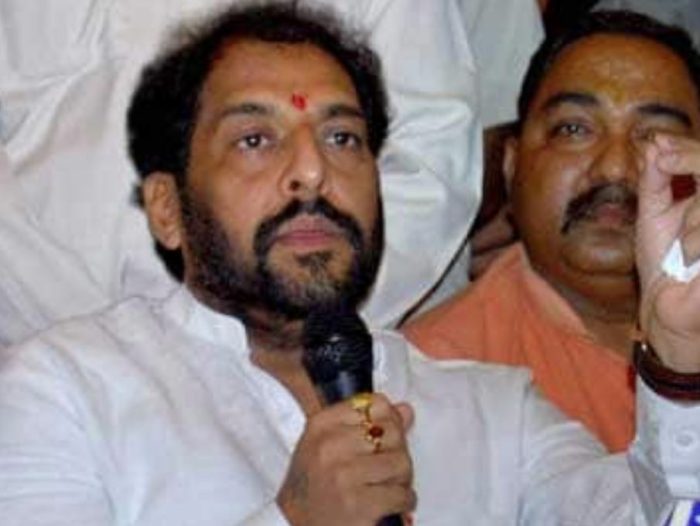 It is a fact that politics and crime are inseparable particularly in India. Soutik Biswas argues that criminals get elected not only because many voters are ill-informed, but also for sociopolitical reasons. According to a report released this April by the Association for Democratic Reforms (ADR), a nonprofit that works on electoral and political reform, a total of 1,580 Members of Parliament (MPs) and Member of Legislative Assemblies (MLAs), or approximately 33 percent of the legislators in India’s Parliament and state assemblies, have criminal cases pending against them.

Gopal Kanda, Chief of Haryana Lokhit Party defeated his nearest rival Gokul Setia, an Independent, by a slender margin of 602. The victory of Gopal Kanda has raised the eyebrows of the leaders of National Democratic Party (NDA) government. His criminal background infuriated BJP Uma Bharti, Arun Singh, and many more leaders do not include Gopal Kanda in the formation of the government in Haryana. The argument against Gopal Kanda is that his criminal background would cause political damage to the BJP in the forthcoming local body elections. According to the Association for Democratic Reforms (ADR) report 39 percent of winning candidates in 2019 General elections of the BJP is of criminal background. The BJP in the state of Haryana is trying to kill two birds with one stone. On one hand, the BJP wants to project itself as a party with a difference and on the other hand, the BJP would like to use Gopal Kanda against Dushyant Chautala, the Jannayak Janata Party(JJP) Chief.

No doubt, Gopal Kanda is an experienced politician as well a rich businessman of Sirsa. He is currently on the bail in the suicide case of Geetika Sharma, an air hostess who worked for his aviation company called MDLR Airlines. Due to his powerful influence in his constituency, he won despite negative propaganda against him. Gopal Kanda knows very well the power of money. Tax evasion case and a threat to the Income Tax officials by the Kanda clique proves that in India nothing is impossible if you have the money and right political connections. We also cannot blame the gullible voters who run to vote for the known criminals. Indian society, at large, has become accustomed to voting to politicians with criminal background due to absence of a politician with a clean image in the society.

Gopal Kanda offered his support to form the BJP government in Haryana but was rejected by the central the leadership of the BJP on the ground that the BJP`s flagship programme “Betti Bachao, Betti Padhao, shall embolden social antipathy against the BJP in the state of Haryana.

Gopal Kanda after winning assembly election claims that he is an RSS man. His father was an RSS man. If Gopal Kanda claims that he has close connections with the RSS then there should not be any objection by the BJP leaders to include him in the formation of the government. Uma Bharti, the BJP woman leader never made any statement against Pragya Singh Thakur, an active member of the ABVP and later on joined the RSS, currently BJP Member of Parliament, accused in Malegoan blast. Uma Bharti, did not raise objections against Chinmayanand, rape case accused; Kuldeep Sengar, Unnao rape case accused. It all shows that the BJP has a double standard. When it is the case of Brahmins priests or BJP’s own political leaders then the leaders like Uma Bharti will never speak a word in the public. Since 2014, many social scientists and political observers blame that the number of criminals in the BJP has increased manifold since the glue of political power attracts them to the BJP. Narendra Modi and Amit Shah did not take any political stand in stopping the entry of the criminals into the BJP.

The litany is that the BJP rape case accused MPs, MLAs are pampered by the top BJP leaders. It is observed that BJP rapists under the patronage of the ruling dispensation usually go scot-free. Even if they have to stay for some time in jail due to media pressure, they enjoy all comforts in the four walls of the jail. With the support of the ruling dispensation, the majority of the criminals get themselves admitted to the hospital with medical false reports and enjoy all sorts of privileges and civic facilities.  Conviction in such cases is, comparatively to the developed nations of the world, is very low in India. Bindu, a litigator at Alternative Law Forum, nexus being formed between the public prosecutor, the police and the accused that collectively works against the victim in order to get the case withdrawn” Bindu said. “Many public prosecutors are extremely corrupt and I have seen one take money to derail the case in front of my eyes.”The antipathy of the police administration and patronage of the ruling dispensation have sent a loud and clear message to the rape victims at large that they should not dare to raise voice against the perpetrators.

Due to nexus between criminals & politicians, the cleanliness of politics in India seems beyond redemption. Some scrupulous Judges in the Honorable Supreme Court & High Courts are found exasperated to deal with the nexus having the patronage of the ruling dispensation. Responding to such cases, Sapna Narang, High Court Lawyer, and activist argues that ‘Nothing will change unless the Parliament amends article 102 of the Constitution & provisions of the People`s Act to disqualify unworthy candidates.

In contemporary times, the BJP is having a large number of politicians with a criminal background. The BJP cannot ignore Gopal  Kanda for a long time since he has already won the seat. It is certain that he is going to play a crucial role in the Haryana State Assembly. Gopal Kanda is a snake in the pit of the BJP. Such politicians are very useful for the BJP to foment communal violence in the name of religion to divide and conquer so it is hoped that wealthy & politically well-connected, influential Gopal Kanda having a political, administrative experience shall not remain untouchable to the BJP in the coming months. Those who worked day & night to make Gopal Kanda victorious in the hope for some perks should wait patiently.

Dr. Rahul Kumar is an independent researcher and senior media columnist. His research & writing interest extends to macro social, economic, political & international affairs. The views expressed by the author in this article are personal and do not necessarily reflect the official policy of the paper.

One nation one poll one day..

19/06/2019
We use cookies to ensure that we give you the best experience on our website. If you continue to use this site we will assume that you are happy with it.Ok