English Articles What is Sanatana Dharma ?

Let’s understand each of the two words separately and then decipher what “Sanatan Dharma” means.

A quick Google search of the meaning of “Sanatan” gave me the following results: 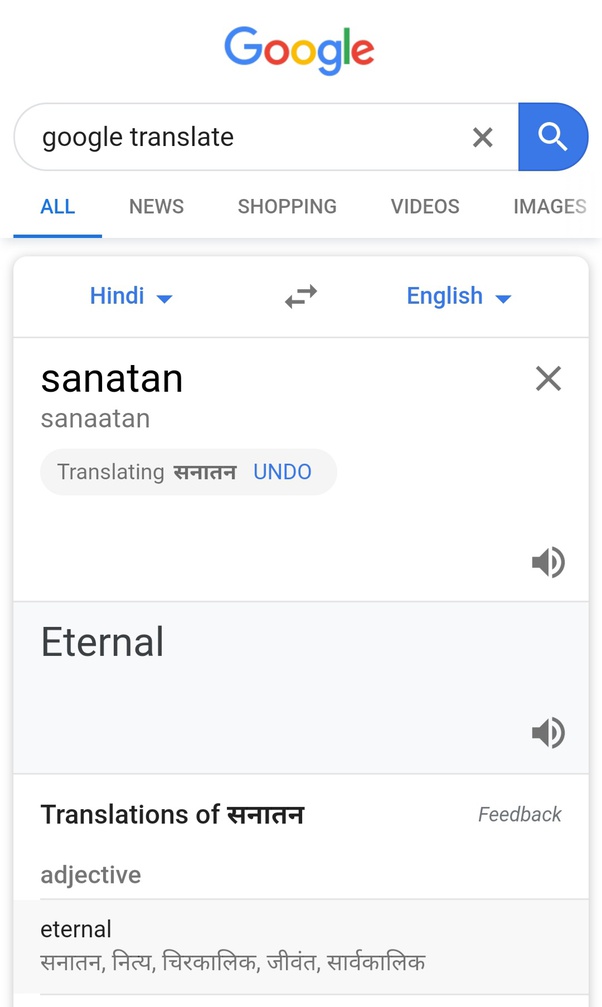 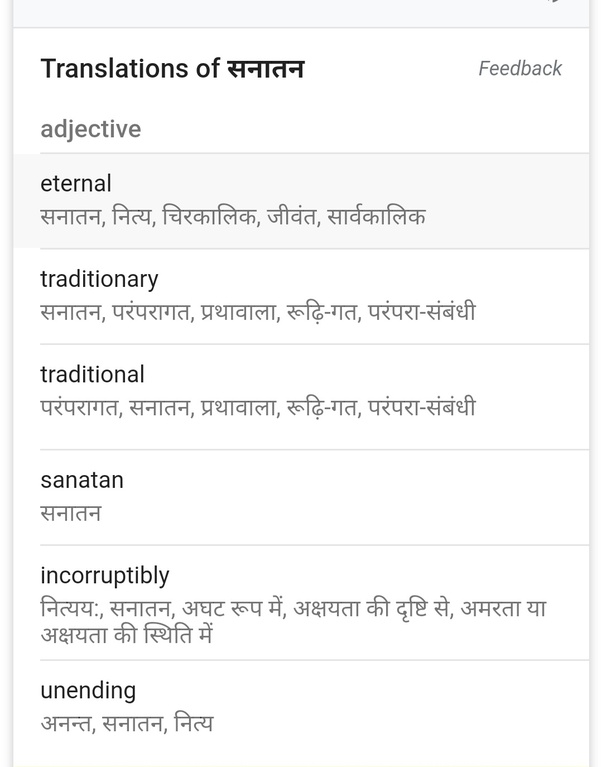 The word ‘SANATAN’ basically implies/means forever, ever-lasting, has always been there, never ending. The following is copied and pasted from Google Translate

The Jews say Judaism is sanatan (oldest). The Muslims claim Islam is sanatan (has always been there). The Buddhists say that the Dhamma (truth, nature, natural laws) as taught by the Buddha is sanatan. They are all correct according to their professed religions.

The TRUTH, the Dhamma/Judaism/Islam, existed before the Buddha/Abraham/prophet of Islam. It has always been there and will always be. So, all truths/religions are eternal/sanatan according to the followers of their adopted religions.

If someone says that their religion/way of life/faith is eternal, the real truth or sanatan, should you just take their word for it without investigation?

Food for thought: What is the name of the religion that is eternal (ie sanatan)?

If I was the founder of a new religion, I think it would be a brilliant move to simply name it and popularise it as “TRUTH” or “FOREVER LIVING (sanatan)”, so that the non believers would not hesitate to say, “We are not the follower of the TRUTH” and I could boldly claim, “my religion is Truth /the eternal religion”

Dharma is a Sanskrit word meaning duty (or responsibility). It does not mean religion.

The Dharma of the parents is to raise their children in the best possible manner.

The dharma of a pilot is to ensure a safe flight.

The dharma of a wife is to treat her husband like a god (according to some).

The dharma of a teacher is to teach.

The dharma of the student is to learn and respect his teacher..

The dharma of a warrior is to master the art of warfare.

The dharma of tradesman is to trade.

The dharma of a Shudra is to serve the Dwija.

At least, from the decline of the Ashokan Empire to the rise of the Mughal Empire in Jambudeep, there were only four main dharmas. Namely, the Brahmin dharma, Kashatriya dharma, the Vaishya dharma and the Shudra dharma. All others were varnaless..No specific dharma/duties were assigned to them for they were simply the untouchables or the unseeables who survived by doing the jobs no Varanashrami (person with a Varna label), the Sa-Varna would perform.

So.. What is Sanatana Dharma?

ETERNAL DUTY or ETERNAL RESPONSIBILITY from birth to death (according to the responsibilities of the varna one falls in).

Without Radical Land Reform there will never have Gram Swaraj but...

BJP: Blaming Nehru for its failures

16/04/2019
We use cookies to ensure that we give you the best experience on our website. If you continue to use this site we will assume that you are happy with it.Ok