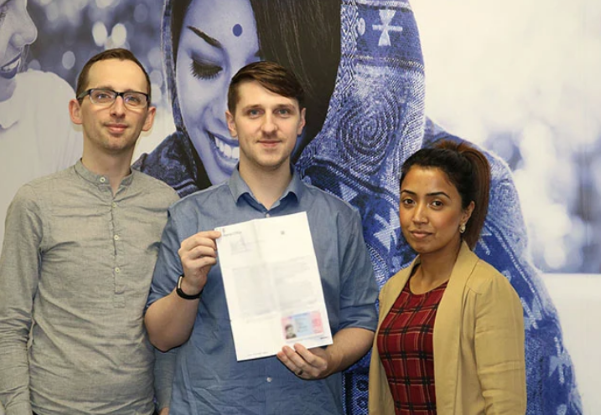 As the nation slowly returns to some form of normality in the wake of the coronavirus pandemic, pressing issues continue to be sidelined and ignored; issues such as basic respect and care for other human beings. Asylum seekers who have come to this country wishing to claim asylum, often from incredibly distressing experiences, are frequently met with continued distress upon arriving in the UK. Despite being amongst the most vulnerable individuals on the planet, recent findings have shown that they are not being treated with the compassion that they deserve.

Asylum seeker caseworkers are entrusted with the task of individual cases whilst offering a ‘positive and secure environment’ as well as exuding ‘respect and humanity’ (as required by Home Office guidelines). Many individuals come to the UK seeking refuge from war-torn countries, or from circumstances that see them without personal documentation. This means that the fate of asylum seekers often lies within the hands of caseworkers, who attend interviews to hear their testimonies. Described as ‘the most important evidence’ and ‘often the only substantial evidence’ by the Home Office itself, the necessity for these interviews to be held to high standards cannot be understated.

Asylum seekers have usually experienced terrible trauma in their lifetimes. That being considered, one may assume that adequate time, space and support during interviews is a given. This assumption was proved to be incorrect by a recent report released this Spring, titled Beyond Belief. The report, which was conducted by the organisation Freedom From Torture, discovered that caseworkers often fail to ensure basic guidelines given by the Home Office are met during the interview process. This failure has led to many at-risk individuals being subjected to disrespect, prejudice, and a lack of basic human empathy. The report found that asylum seekers, particularly victims of torture, were frequently denied enough time for their testimonies. Caseworkers were found to make inaccurate judgements based on preconceptions, causing further distress to individuals who came to the UK for hope of a better life.

The prejudiced preconceptions exhibited by caseworkers tie into discriminatory governmental immigration policies. These policies ultimately have xenophobic and intolerant roots, attempting to restrict ‘illegal’ migrants from generally simply wanting the chance for a better life. Theresa May’s Hostile Environment Policy portrays an incredibly discriminative narrative. Essentially, the policy attempts to make the lives of some of the most vulnerable amongst us even more challenging. A policy with the fundamental aim of heightening distress disregards any sense of humanity.

May’s policy demanded that caseworkers refuse and deport a set number of applicants per year, which has led to many rushed and incorrect decisions; a trend which, according to the report, is very much still present in the UK’s asylum interview process. The report revealed that victims of torture were excessively disadvantaged during the interview process. Caseworkers were found to possess ‘poor interview techniques’, a lack of sensitivity and tended to fail to gather adequate evidence. Additionally, caseworkers were reported to approach cases with skeptical and prejudiced mindsets, particularly in the case of non-white claimants. It is crucial that caseworkers consider the horrendous conditions that asylum seekers are often at risk of returning to. Workers are there to give applicants their rightful opportunity to prove their risk of immediate danger if they were to be deported. One wrongful decision can be life or death for an applicant, and yet huge amounts of genuine applications are still being denied under hostile immigration policies and practices.

Denying a genuine application can lead to months of prolonged distress for asylum seekers as they undergo the appeal process. This means that increased public funds are required to offer legal aid and asylum support for applicants, who are legally not able to work during this process. Even more importantly, this lengthy process forces individuals to endure immense emotional and psychological distress, as well as restricting them from properly integrating into society. Communities of people coming from hugely traumatic experiences are met with further trauma at the hands of British immigration policies.

What’s more, with the current pandemic putting a pause on many interviews and meetings, the already-lengthy process is being stretched even more. Caseworkers have been unable to offer face-to-face interviews and caring environments to those who need it most. Most applications have been left completely paralysed by social distancing policies implemented to tackle the pandemic.

With so much riding on the result of applicant interviews, it is vital that each applicant be given a completely fair chance. Caseworkers must remain entirely unbiased and act with empathy towards each individual. Each applicant’s story is unique and worthy of hearing with a non-judgmental ear. It is essential that the Home Office reviews the way in which these interviews are being conducted, especially with the ease of lockdown restrictions and recommencement of face-to-face interviews. In turn, the Hostile Environment Policy must be reconsidered in correlation with the traumatic and lasting impact it has had on so many lives. Ultimately, the UK is looked upon as a place of sanctuary for those who have had to experience the worst of our imagination. Until the stories of these members of our society – members which are equally as important as British citizens – are listened to and treated with respect, the UK fails to live up to its idealisation as a safe and fair place for all.

Eleanor Baldwin writes for the Immigration Advice Service, an organisation of immigration lawyers that works closely with asylum seekers and refugees.

Learn to build the future of our mission from the Life...

Budget Versus Three Themes of India

02/01/2020
We use cookies to ensure that we give you the best experience on our website. If you continue to use this site we will assume that you are happy with it.Ok