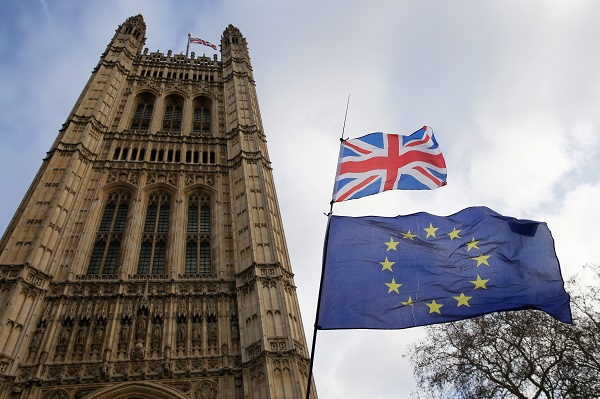 London, (Samajweekly) The UK and the European Union (EU) disagreed on Thursday over how to fix Brexit’s Northern Ireland Protocol problem. London said it “will have no choice but to act” if the EU does not show the “requisite flexibility” over the protocol.

In a telephone call with European Commission Vice President Maros Sefcovic, UK Foreign Secretary Liz Truss said her country’s overriding priority was to protect peace and stability in Northern Ireland and that the protocol had become the greatest obstacle to forming a Northern Ireland Executive, Xinhua news agency reported, citing a press release issued by the UK government.

Truss also “outlined why EU proposals would take us backwards, by creating more checks and paperwork”, the press release said.

In a statement on Thursday, Sefcovic said it continues to be “of serious concern that the UK government intends to embark on the path of unilateral action”.

“This is despite a series of wide-ranging and impactful solutions proposed by the EU, based on our intensive engagement with all representatives in Northern Ireland. These proposals would substantially improve the way the protocol is implemented,” he said.

According to Sefcovic, “only joint solutions will work” and unilateral action is “simply not acceptable.”

The UK-EU rift has recently deepened as rows continued over the protocol, under which Northern Ireland is part of the UK’s customs territory but is subject to the EU’s customs code, value-added tax (VAT) rules and single market rules for goods.

Despite the two sides’ agreement in October 2019, the protocol has caused divisions over how some of the rules should be implemented, particularly for goods moving from Great Britain to Northern Ireland, according to an official report.

While British leaders have argued the protocol needs to be amended, the EU has said a renegotiation is off the table.

The need to find a solution has been made even more urgent after Sinn Fein, the Irish nationalist party, was on Saturday declared winner in elections for the devolved assembly in Northern Ireland and a system of power-sharing was introduced.

Coming second in the elections, the pro-British Democratic Unionist Party has indicated it would not sit in the assembly, citing its opposition to the protocol with a trade border down the Irish Sea.