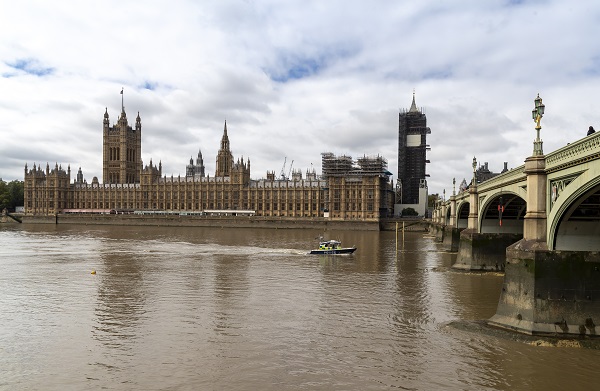 London, (Samajweekly) A bill that overrides parts of the Northern Ireland Protocol, a Brexit trade deal between the UK and the European Union (EU), passed the first hurdle in the House of Commons, the lower house of the British Parliament.

It must now go through line-by-line in-depth scrutiny by lawmakers and a further Commons vote and then pass to the House of Lords, the upper house, before becoming a law.

The Protocol is a trade solution agreed by London and Brussels to prevent a hard border between Northern Ireland and the neighbouring Republic of Ireland.

Recently, the need to solve the disputes over the protocol has been made even more urgent after Sinn Fein, the Irish nationalist party, was in early May declared winner in elections for the devolved assembly in Northern Ireland.

Coming second in the elections, the pro-Brexit Democratic Unionist Party has said it would not sit in the Assembly, citing its opposition to the protocol.

Speaking at the G7 summit in Bavaria, Germany, ahead of the vote, UK Prime Minister Boris Johnson expected the bill would come into force by the end of the year if the parliament cooperates.

“You’ve got one community that feels things really aren’t working in a way they like or understand, you’ve got unnecessary barriers to trade between Great Britain and Northern Ireland,” Johnson said.

“All we are saying is you can get rid of those whilst not in any way endangering the EU single market,” he told reporters.

The Conservative government’s efforts to rewrite the Northern Ireland Protocol have attracted opposition from not only the EU but within its own party.

Joao Vale de Almeida, EU’s ambassador to the UK, said the bill is both “illegal” and “unrealistic”.

“We also believe it is unrealistic because it does not provide a real alternative to the protocol,” he added.