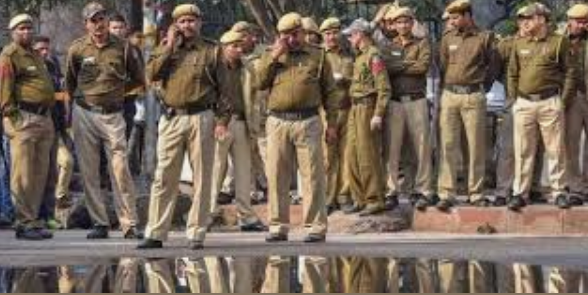 The father son duo arrested and then murdered in the judicial police custody in Tuticorin is a horrific reminder of unaccountability and brutality of the policing system in India. So far some of them have been suspended and one officer is transferred but that will never resolve the crisis as police in India has been used and misused by the parties in power to suit their political interest and hence they have ‘ascending order of ‘reverence’ for the political masters and descending order of contempt for the ‘political opposition’ of the ruling party of the time. I am using this term of Baba Saheb Ambedkar which he spoke about the Indian society.

First let us speak about what has happened in Tamilnadu. It is reported that Jayaraj (59) and his son Emmanuel Benicks (31) were arrested by the police on June 19th for allegedly ‘violating’ the curfew order in the lock down. They owned a mobile shop at a place called Sathnakulam, a small town in district Tuticorin. The police reported that the two had not closed their shop after the defined time period and hence were arrested. There is no sign of any remorse from the Tamilnadu government in this case. The complete details as we have found out from various newspapers and first person accounts are the following. Jayaraj was arrested by the police initially for violating the curfew norms and not closing his shop on time. It is said that it was 15 minute late around 7 pm. Police took Jayraj to the local police station and started beating him. His son Benicks also went along and was upset seeing his father being beaten up mercilessly. Perhaps he might have an altercation with the policemen who were beating his father in front of her. Now, this was enough for the police to beat both them. It is alleged that the police assaulted them whole night mercilessly. They were shamed as both father and son were made naked in front of each other with police barbarity in full flow. By the morning they were in bad shape and bleeding profusely. It is alleged that they were sexually assaulted in the police station. They were taken to the judicial magistrate who gave them on further remind.

I cant write the brutalities inflicted on them but both of them died later on.

This story has many aspect about the police barbarity in India and how police remain unaccountable because of the political patronage. This is not the first incident of barbarism of police and will not be the last. We have not heard anything from the Tamilnadu government as what happened. We only heard that the policemen have been transferred and one or two are suspended. Now, suspension and transfer are not really the accountability. If we want to make police accountable, we will have to change its politicisation. Police is used against political opponents and activists. They become brutal or simply ‘wardi waale gunde’, as a former judge of Allahabad High Court once said, who are fed by the state. When police inflict brutalities on people then they must be made accountable for the same.

Is not closing shop on time during lock down such a crime to turn into barbaric death penalty ? It is time, we look at the police brutalities during the lock down period all over the country. It is not merely harassment and humiliation of the common persons but also numerous physical violence. The reason for these are many and I feel it is because the ruling parties all over the country have misused police as their private militia. In the current scenario, the authorities wanted to instill the fear of the administration so police were given enormous power to arrest.

A video of a man being mercilessly beaten up by the two policemen appeared on social media. Even when he fell to police lathis, they continued to beat him and then pushed him into the police vehicle.

Suspension and transfer of the erring policemen is not the answer. They must be prosecuted for murder charges. In fact the punishment for the erring policemen should be more harsh so that they don’t become beast while dealing with people. For me, it is time to humanise police and think that people are not to be ‘ruled’ like that used to happen during the colonial period. Even if 70 years after independent, our police make people criminal and protect criminal netas who actually violate laws then it reflect its helplessness.

I don’t believe that there are no good police officers or no sensitive person there. There are enough but the way political interference in police has happened and its own job these days is to catch up the political dissenters and opponents of the government. All the criminals supporting ruling parties are protected and opponents brutally beaten up. Police need to be made free from such politicisation. We have seen police behavior in various communal riots and handling such difficult times. Covid has been a challenge and a majority of them worked over time without much support of the state. For the last two three years, police is actually paying heavy price of political highhandedness. In the pressure they cross their boundaries because it is easier to beat up people with lathis then negotiate. Since the ruling parties feel that opponents should be taught a lessons, police use this tactics not merely against the political opponents but also against those who don’t follow their diktats. Policemen become law unto themselves. The Tamilnadu incident is also as such as now reports emerging that fact of the matter was that Jayraj refused to give a mobile phone to a police inspector who went there to buy it on EMI. He knew that his money would never come and hence a no to the policemen was considered as ‘blasphemy’ for which both the father and son paid a price.

We hope Tamilnadu government will take strong action but this case must come to a high court or Supreme Court and expedite the matter. They must frame categorical guidelines for reforming the police. I wont call it India’s George Floyed moment as Indian police are actually much more brutal than their American counterparts. At least in America, many policemen expressed their dismay on the incident and many participated in the protest, in our country, don’t expect police officer to speak up against it, our politicians and media too are silent and don’t speak. A few of them spoke about the incident. Several news papers from the South gave minute details of the incident and some of the ‘national’ papers too reported but it did not attract our attention the way it should have been like a Nirbhaya case or a George Floyed case in the US. We hope media will give it due coverage and force the government to act seriously not only against the erring policemen but also against the doctors and the local judicial magistrate who did not have time to see the pathetic conditions of the two arrested. The problem at the district level is that most of the time judicial officers too act as the executive arm of the government and they go by the narrative of the police. We need to ensure the autonomies of our institution and ensure they work to provide justice to people and not to hound them or torture them.

We need to seriously work on police reform so that in future such incidents are not repeated. The erring policemen must be arrested and prosecuted. The families of Jayraj and Benicks must be fully supported financially. The judicial magistrate which did not see at their condition needed to be reprimanded by the high court. The doctors who prepared medical report or post mortem must be chargesheeted too. This is a nexus and it exists everywhere. Post mortem reports are often manipulated and the game is done.

Let us see whether this issue big enough to bring the change in police culture or not ? It is time we demand complete accountability from all institutions of the state and seek their autonomy otherwise our lives will be endangered. We need to also understand politics behind keeping police brutal and have to seek accountability not merely from the police but also from the political executive of the day which used them for their own political benefits. The time has come to put a complete stop on these things and make police humane and pro people. May be NHRC and various law universities take initiative in this direction and pressurise the courts and the government to bring laws to reforms police to ensure it becomes more humane and accountable. Will they do it ?

COVID-19 cases surging as US never shut down entirely: Fauci

Celebrate or not : Whose festivals are they ?

Learn to build the future of our mission from the Life...

Perceptions on Alternative Sources of Financing Covid Crisis in India

01/07/2020
We use cookies to ensure that we give you the best experience on our website. If you continue to use this site we will assume that you are happy with it.Ok