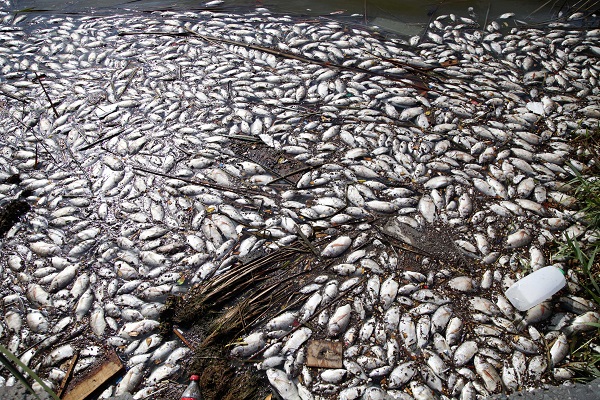 Ranchi,  Thousands of fish have died in a pond here due to lack of oxygen, government officials said on Monday.

The dead fish were found floating on the pond on Monday at Line Tank Pond situated in Chadari in Ranchi. Environmentalists say that the immersion of Goddess Durga idols and Deepawali caused the death of the fishes.

“Today I visited the Line Tank Pond and found thousands of fishes dead. The fishes were struggling for oxygen for the last few days. The lack of oxygen due to immersion of idols and Deepawali caused the death of the fishes”, Nitish Priyadarshi, an environmentalist told IANS.

The ponds were not cleaned after the immersion of the Goddess Durga idols.

“The concretisation of the pond is also one of the reasons for the lack of oxygen. The Line Tank Pond has been concretised at the peripheries. The natural way of flow of water and oxygen has been restricted which caused the death of the fishes,” said Priyadarshi.

UP govt may ban radical Popular Front of India