English Articles THE COVID-19 IS HERE TO ESTBLISH EQUALITY 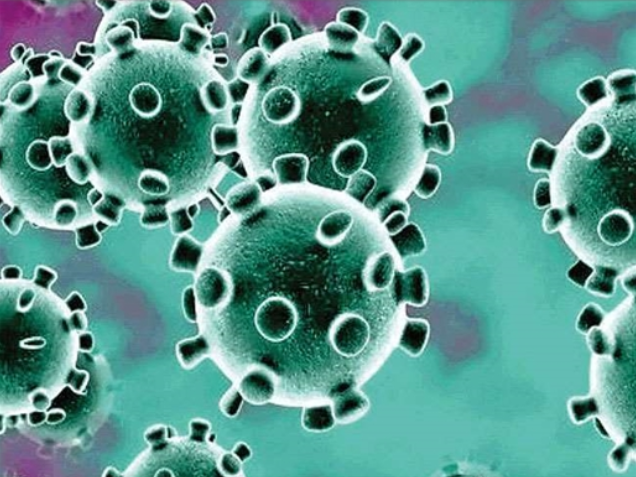 For many thousand years the man has made religions and congregations in the name of God.  The religious places were erected to represent each sect and because of that today we have divisions within the mankind.

The religion has been the main cause of wars for many centuries and even today is.  India, along with the rest of the world is going through a very distressful period but the media through religious based propaganda is spreading poison within the communities.

The difference between the Hindu and Muslim is being used and in return is causing a lot of annoyance amongst the communities.  Whatever the trust or cordiality that was present is fading away.  It is time to build equality and not to disperse it.

The front line workers, the Doctors and the Nurses are coming under attack because this bias propaganda is instigating hatred.  They have started to lose trust in the authorities and are fighting back even though knowing the extremity of the Covid 19.

In present situation the authorities need to show love and care to all regardless of the caste, culture or creed.   The death toll is heavy all around the world. The might of this world has bowed in front of this virus.   In thousands, the families are mourning of loss through it.

The Valmikians who have been down looked upon since the Aryan arrival in India but now have  gained some recognition through their strenuous effort towards defeating this virus in India.

The sanitizing and cleanliness is under their control.  These two factors are of utmost importance if we want to overcome Covid19 in India.

In millions, the people are living in the slum areas because the Governments have failed to give them any consideration.  During the seventy year period since our Independence the rich have become richer and the poor have become poorer.  The poor are still surviving on daily basis.

The rich can escape corona virus by locking themselves in their houses but the poor are exposed to it on daily basis.  The Valmikians are out there working in the open because all the good means of survival have been snatched away from them since Aryan arrival.

For survival they have suffered no end of punishment and are still suffering today.  Dr Ambedkar asked for the Untouchables to be included in the Varnas instead of being accounted as the outcaste but failed because M. K. Gandhi believed that the caste represented genius of the Indian society.  This really pushed Dr Ambedkar to fight hard against the Manu- Vadis.

The history is full of the punishments given to the Valmikians.  To know about these, one should read the research done by the Valmikian researcher Pandit Bakshi Ram who was also a close associate of Dr. Bhim Rao Ramji Ambedkar.

How the Valmikians came to be classed as the Untouchables?

Indian History is very ancient dating back to time when Rome and Athens were not even in the womb of the far-off future.  Troy and Mycenae were not born nor had the great Sheikh Abraham founded his race when the Aryans were present in the plains of Sapt Sindu establishing their supremacy.

Slowly the Aryans established their control in Brahm Bharat and now they decided to wipe out the inhabitants. They tried but were unsuccessful because today the natives are still present all over India.  Unfortunately, the hatred against them has somehow managed to survive in form of the caste system. They are still being victimised and forced to live in the slums.

The caste system has been the biggest drawback for the Valmikians.  They were not diseased, sub-human or savages as said by many.  They possessed far superior technical knowledge and skill and were in better health then the Aryans.

It was this thought that compelled the Brahmins to introduce ‘Untouchability’ to destroy their morals to establish control over them.  Mahatma Gandhi Ji sheltered in the Valmiki Mandir Delhi for nearly nine months even though other religious places were present in the vicinity.  Why did he choose the Valmiki Mandir when he had refused their inclusion in the four Varnas?

One English scholar has written about the Untouchables like this;

“Though the poverty of the life of these people may arouse our sympathy, yet their character demands our hearty respect.  All who have come into contact with them and studied their habits, praise their independent spirit, their fearless bravery, their truth, honour and fidelity.

“They are true to their plighted word, true to their wives and true to their race.  The arrow of an absent chief, given by his wife as a mean of recommendation into the hands of English Ambassadors, secured for his emissary security and hospitality among all the members.”

The scholar is talking about the Adhi Vasis living in the jungles who are part of the inhabitants.  They managed to escape into the jungles.  The Shudras are part of the four Varnas and have always been close to the Brahmins and even today are.

The Brahmins had problem with the Valmikians and it was them they classed as the Untouhables and made them to drag branches behind them and wear the spit pots when entering the villages and not the Shudras.

On 15 August – Feminists Ask, ‘Are We Really Independent?’

Canadian Elections have given numerous message to Indian People as well...

We don’t need Tyranny of anyone in democracy: elected or ‘Un-elected’

18/05/2019
We use cookies to ensure that we give you the best experience on our website. If you continue to use this site we will assume that you are happy with it.Ok