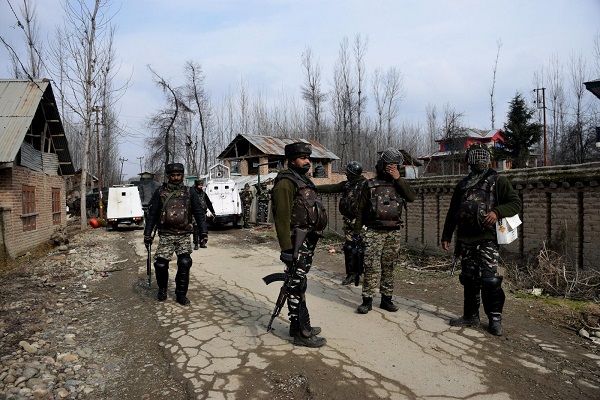 New Delhi,  The Indian Army has intensified its presence along the Line of Control (LoC) in view of Pakistan’s increased aggressive posture along with direct and indirect threats of war ever since Parliament ended special status of Jammu and Kashmir on August 6.

On Saturday, the Commander of Army’s Northern Command, Lieutenant General Ranbir Singh, reviewed security preparedness along the LoC in the light of military threat from Pakistan. Earlier, Army chief General Bipin Rawat had also visited the valley to review India’s preparedness at the LoC.

In the first week of September, Pakistan moved a brigade-sized force to a location 30km away from the LoC within its own territory as was reported by the Army quoting intel sources.

The troops numbering around 2,000 soldiers has been placed at the Bagh and Kotli sector opposite PoK in Pakistan.

Pakistan has also scaled up ceasefire violations on the LoC.

Pakistani Prime Minister Imran Khan has been aggressive against India over the political developments in Jammu and Kashmir. Pakistan has also been desperately trying to drum up international support against India in its rhetoric on Kashmir.

A day after the historic decision on Jammu and Kashmir on August 6, Imran Khan had made veiled references to a possible war with India while addressing a joint session of the Pakistan parliament.

“Attacks like Pulwama are bound to happen again. I can already predict this will happen. They will attempt to place the blame on us again. They may strike us again, and we will strike back … What will happen then? Who will win that war? No one will win it and it will have grievous consequences for the entire world. This is not nuclear blackmail,” Khan had said.

Khan reiterated his veiled threats about a possible nuclear war with India in an interview to Al Jazeera channel on Saturday.

“Pakistan would never start a war, and I am clear: I am a pacifist, I am anti-war, I believe that wars do not solve any problems… (But) when two nuclear-armed countries fight, if they fight a conventional war, there is every possibility that it is going to end up into nuclear war. The unthinkable,” said Khan.

India’s Defence Minister Rajnath Singh, who was a two-nation tour of East Asia during that period of time, also retorted strongly, making India’s stance clear about its response to any military misadventure by Pakistan.

“India has never been an aggressor in its history nor will it ever be. But that does not mean that India would balk at using its strength to defend itself,” Singh said in South Korea.

Pakistan has been playing a double-pronged game in trying to rake up international support against India over the Kashmir valley while at the same time aiding infiltrators in crossing over the LoC to enter Indian territory.

Security sources have assessed that at least 40 to 50 trained militants have crossed over into India over last one month or so.

It is also estimated that around 200 to 250 trained militants are waiting to enter India particularly because outfits like Jaish-e-Mohammed and Lashkar-e-Taiba have activated terror launch pads along the LoC.

The Indian Army has said it is ready to foil any evil designs of Pakistan.