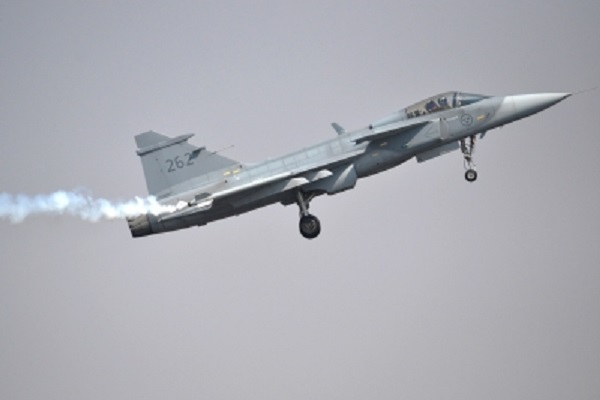 “We will transfer technology to our Indian partner for making Gripen in India if we win the IAF order,” Saab India Technologies Managing Director Ola Rignell told reporters here.

Technology transfer will also enable Saab to make India its production base for exporting aerospace components to countries where it has operations or customers, he said.

The decision to make 114 fighters indigenously was taken after India cancelled the global tender for supply 126 MMRCA in July 2015 and opted in 2016 to buy 36 Rafales from the French Dassault Aviation, which won the contract for an estimated $8.4 billion (Rs 59,000 crore) from the previous NDA government.

The tender, floated in April 2018, mandates the bidder to accept an Indian partner chosen by the Indian government.

“It is the Indian government’s prerogative to choose the strategic partner for making the fighters in India with the winner of the bid,” Rignell said.

All the six firms submitted their bids in July 2018, responding to the government’s Request for Proposal (RFP) after Request for Information (RFI) in 2017.

Saab, however, decided to set up its India base in Bengaluru, which is also the country’s aerospace hub with the presence of the state-run defence major HAL and aircraft design and development organisations like ADA.

“We want Bengaluru to be the base to make Gripen for the IAF as the city has talent as well as resources,” Rignell said.

Building an ecosystem and making investments is a part of the Swedish firm’s offer to be in contention for the fighter deal.

I’m disturbed by new threats made against me: Taslima Nasrin