Business Petrol prices unchanged after rising over Rs 3 per litre in 12... 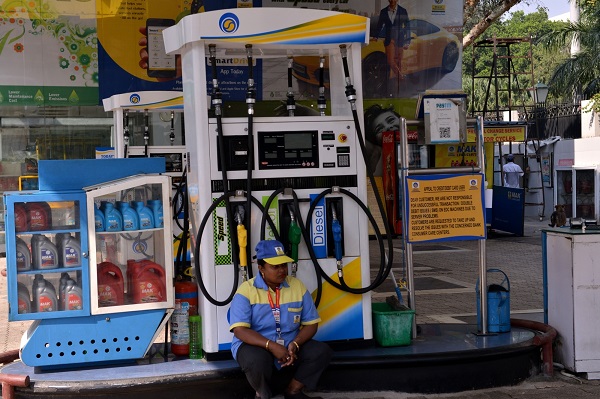 New Delhi, (Samajweekly) After an incessant increase in petrol prices to new record high levels for the past 12 days, oil marketing companies (OMC) have kept the prices of the fuel unchanged across metros on Sunday.

In the past few days, petrol and diesel prices increased with steep hikes, pinching the consumers harder, and drawing criticism for the government from several quarters along with the opposition.

The steepest hike in the past several months came on Saturday with OMCs increasing the price of petrol and diesel by 39 paisa and 37 paisa per litre respectively in the national.

On Sunday, diesel prices also were unchanged and in the national capital, it was at Rs 80.97 per litre.

Across the country the surge in fuel prices off late has been in the range of 35-40 paisa per litre depending on the level of local taxes on the two petroleum products.

Premium petrol has crossed Rs 100 per litre mark in several cities of Rajasthan, Madhya Pradesh and Maharashtra a few days back.