HOME On 15 August – Feminists Ask, ‘Are We Really Independent?’ 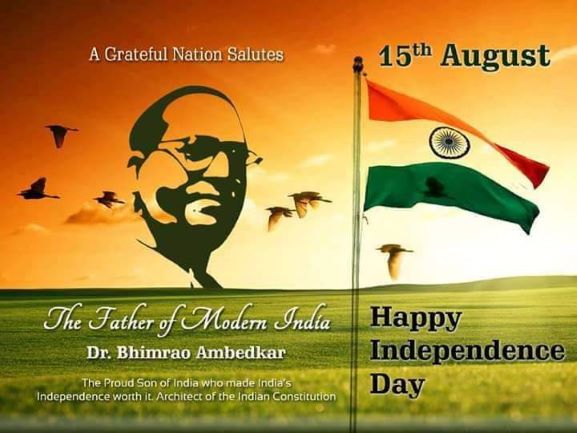 15 Aug, 2020: On this, the 74th Independence Day of India, we are deeply troubled at the state of ‘independence’ in the nation. As feminists committed to democratic values, we ask, ‘where is the real independence, the real freedom for citizens to think, speak, write, educate, agitate, organize, resist, dissent or question?’

From late 2019 to early 2020, India and the world witnessed 100+ days of strong, vibrant, peaceful, feminist, mass people’s movements asserting the vision of a diverse, egalitarian and just India against the deeply discriminatory CAA-NRC-NPR project of the government. This was followed by a brutal crackdown by the State in different parts of the country, but especially in Delhi which reeled under the worst ‘riots’ in 40 years, targeted primarily against Muslim populations.

Today, Delhi is also the epicenter of a systematic onslaught of interrogations, arrests, harassment, of activists, students, university professors, lawyers, media persons, etc. The idea being to not just silence voices of dissent; but also to cause a chilling effect on entire communities/peoples’ who have dared to speak up for democratic rights, constitutional values, equality, diversity, pluralism, justice and peace. These attacks are backed by vicious misinformation campaigns by the State, Delhi Police and vested interests in the media. Facts are being twisted into false narratives, peacemakers being blamed for the violence, while the instigators and perpetuators of violence continue to roam free and operate with impunity.

This is amply demonstrated by countless instances of which we cite just three here:

– 8 July 2020: Special CP (Crime & Economic Offences Wing) Praveer Ranjan, cites “intelligence inputs” that the arrests of “some Hindu youth” from riot-hit areas in Northeast Delhi has led to a “degree of resentment among the Hindu community” and “due care and precaution” must be taken while making arrests, and Investigating Officers must be “suitably” guided.

– 8 August 2020: Three women residents were beaten and the 17-year-old among them, was sexually assaulted by the police at the Bhajanpura Police Station. They had filed a complaint regarding communal slurs and slogans raised by neighbors on 5th August, following the ‘bhoomi pujan’ ceremony in Ayodhya for the Ram temple. They had returned to ask for an FIR to be registered when they were attacked.

– 11 August 2020: A journalists’ team was surrounded, heckled and beaten up by a Hindu mob amid police presence in North East Delhi, compelling them to delete the footage they had shot for a story on the communal tensions that had broken out in the area on 5th August. The female staffer of the team was both, sexually and physically assaulted by the group.

We condemn this politics of intimidation and lawlessness, enabled by the actions and inactions of the State and its agencies.

We demand a just enquiry into all instances of hate crimes and violence in North East Delhi in February, 2020 and thereafter.

We reject the toxic state and patriarchal narratives that seek to deny womxn’s[*] right to political opinion and action. The protesters, now stuck in domestic lockdown (due to Covid-19) or state lockups (due to slew of fake cases and draconian laws) only give us more reason to organize and speak out for what is right and just.

We assert our democratic right to freedom of speech and expression, to express our dissent against the injustices of the legislature, the judiciary and the executive. We resist the enforcement of this undeclared Emergency on the people.

We remain inspired by the masses of people, led by womxn from the muslim communities, who struggled to reclaim our constitutional rights and values from the jaws of the right wing, as they try to convert a diverse, pluralistic India into a Hindu Rashtra.

We stand in solidarity with all political prisoners who are being persecuted for exercising their democratic right to dissent draconian laws and decisions of the current regime.

WE ARE: Insaaf Zindabad – Feminists for FREEDOM, Peace and Justice (IZ-FFPJ):

· an autonomous, self-funded initiative of feminists from organizations, alliances and groups across religion, class, caste, ethnicity, ability, sexuality and genders who share feminist values of asserting equity, justice and freedom from all forms of oppression.

· committed towards equal citizenship and rights for everyone, in particular, women, trans, queer people facing State repression for their participation in the mass movement against CAA-NRC-NPR.

· a campaign that stands firm with the conscience keepers of the nation.

The only hope we have to take on this toxic masculinist state and its aggressions against women, queer and trans* people is by being together. And together, we shall endeavour to reclaim and assert our citizenship, democratic rights and spaces.

Signatories on behalf of Insaaf Zindabad – Feminists for Freedom, Peace and Justice

27/03/2020
We use cookies to ensure that we give you the best experience on our website. If you continue to use this site we will assume that you are happy with it.Ok