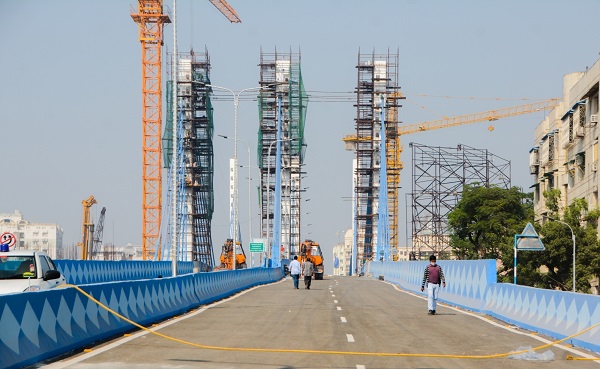 New Delhi, (Samajweekly) The National High Speed Rail Corporation Limited (NHSRCL) on Monday said that M.G. Contractors Private Limited has emerged as the lowest bidder for the financial bids opened on July 16 for the construction of 11 rail bridges for the 508-km Mumbai-Ahmedabad high-speed rail project which is also popularly known as “bullet train project”.

She said that the financial bids were for the construction of 11 special bridges including four PSC bridges and erection of seven steel truss bridges between Zaroli village at Maharashtra-Gujarat border and Vadodara in Gujarat and in the Union territory of Dadra and Nagar Haveli for the construction of Mumbai Ahmedabad High Speed Rail Project.

Prime Minister Narendra Modi and the then Japanese Premier Shinzo Abe on September 14, 2017 had laid the foundation stone for the ambitious Rs 1.08 lakh crore ($17 billion) project. The bullet trains are expected to run at 320 km per hour covering the 508-km stretch in about two hours. In comparison, trains currently plying on the route take over seven hours to travel the distance, whereas flights take about an hour.

The NHSRCL has awarded several tenders for the construction of railway tracks, railway bridges, tunnels, railway stations and depots for the project till date.

Quetta is base for insurgency: French Ambassador to Kabul

US stocks close higher as Trump agrees to reopen government