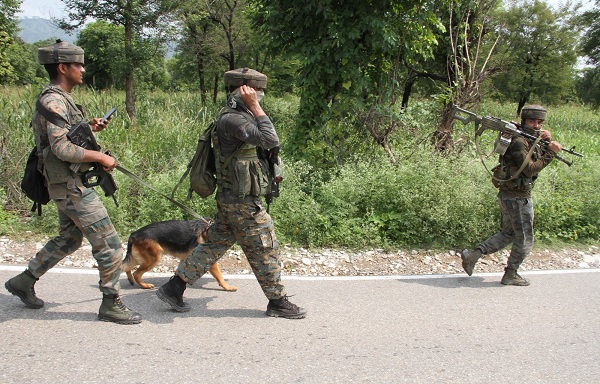 Srinagar,  The J&K Police, in its recent action against drug dealings in Ganderbal, have arrested a woman drug peddler and recovered contraband substance and cash from her possession.

“Officers were able to recover 400 grams of charas and Rs 422,750 believed to be the proceeds of narcotic crime. The accused lady has been arrested for drug related offences,” police said.

FIR under relevant sections has been registered by the police.

“She has been shifted to Women Police Cell Ganderbal where she remains in custody,” police said. “Initial investigation into the case reveals that lady was peddling contraband drugs to the youth of the area under the garb of running a local shop.”

“Community members are requested to come forward with any information regarding drug peddlers in their neighbourhood. Persons found indulging in drug peddling will be dealt as per law,” police said.

Centre, farmer unions to hold 9th round of talks on Friday

If Centre is adamant, we’ll come out in 15 minutes: Tikait

Lot to speak about: Woman gets tongue made from arm skin

05/11/2019
We use cookies to ensure that we give you the best experience on our website. If you continue to use this site we will assume that you are happy with it.Ok