English Articles India on the brink of Social Anarchy 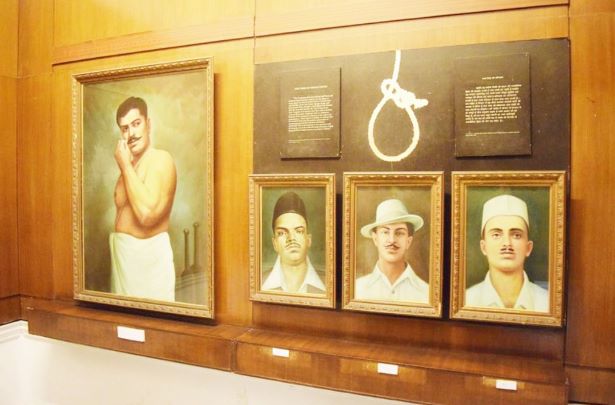 The Modi government should be held responsible for widening the religious gaps between Hindus and Muslims. The leaders and workers of RSS and other Hindu organizations under the protection of the police are lynching the members of the minority groups. India is no more a democratic country under the Modi dispensation since Muslims, Dalits, Sikhs and Christians are treated badly. All government agencies including the police forces are instructed to penalize the members of minority groups. Those who dare to speak against the Modi government are either taken care of by CBI, ED or by the pro-Modi judges in the courts.

The social and religious deadly divide created by the Modi government between Hindus and Muslim will have far-reaching repercussions for the country. It is unfortunate that the poison of religious divide has penetrated into the space of educational institutions.  Today students belonging to minority groups are afraid of going to the college or university by thinking that a Hindu teacher or student will browbeat them or else masked goons will enter the university like Jawaharlal Nehru University(JNU) and hurt them mercilessly. It is unfortunate that Hindu teachers who have been recruited with the help of RSS in government universities are found discriminating the students belonging to the minority groups. For this, the majority of Hindu teachers teaching in government colleges/ universities have lost their respect and dignity.

The Modi government has failed the people of India on several fronts. Economic policies being pursued are aimed at crushing the poor and benefiting the rich. A handful of rich people have captured the economic resources of the government in their hands in connivance with the Modi government. Small retailers and traders are completely crushed by the heavy taxes. A large sum of their profit goes to the pockets of scrupulous chartered accountants who file their income tax returns. Tax filing has become an headache for a small retailer and trader. Large companies are making huge profits since they get full support from the Modi government after paying  elections funds secretly to the BJP. The owners of the large companies indulge in tax evasion easily since they know how to manipulate the income tax department loopholes  with the help of retired income tax commissioners/officers. The Modi government in the past has announced several financial packages for the benefit of ultra rich companies/ corporate houses. The concessions to the corporate sector have narrowed the fiscal space available without raising demand.

Corporate Houses in India is plundering the wealth of India with both hands. The rich and influential corporate houses are plundering  through Corporate Social Responsibility(CSR) channel. Milton Friedman, the university of Chicago economist, wrote 50 years ago that, “the social responsibility of business is to increase its profits”.

On the other hand, poor people in India are leading a miserable life. Sky rocketing prices of essential commodities have made hugely difficult for the middle class people to meet both ends. Salaried persons are unable to make progress in life because of inflation. The Modi government is a huge barrier to the advancement of middle class.

The face of “New India” as being claimed by Modi government since 2014 has not changed to the satisfactory level. Data released by NSSO is quite disturbing. 67% of Indian workers earned less than Rs 1,20, 000 in a year. On education, the condition is also dismal. In the age group of 3 to 35 years , 15% of men and 14% of women never enrolled in an educational institutions because of financial constraints. The socio-economic condition of Muslims and Dalits is deteriorating day by day under “ New India”. India under the Modi ruling dispensation not conducive to embracing technology hence India is missing third technology driven revolution.

It is clear that the Modi government`s attention is to keep the Indian populace busy in trifle issues and at the same time strengthen political capital of the BJP. This needs to be understood by every Indian.

History stands witnessed to the fact that people cannot remain mute spectator to the tyranny for a long time. During independence movement against tyrannical British government, ordinary Indians joined en masse national leaders. Let Modi should not forget that India still capable to produce martyrs like Bhagat Singh, Rajguru, Sukhdev, Chander Sheker Azad who sacrificed their lives for the country. If the Modi government do not mend his ways, the day is not far off when new revolutionaries will take up arms in their hands.

How Indian respond to color and ethnicity question : Experiences of an African American in India

Chirag backs Tejashwi over no polls during corona times

S.Korea, US may cancel combined exercise due to COVID-19

THE COVID-19 IS HERE TO ESTBLISH EQUALITY

Why Manas Jena need our support to get elected from Jajpur...

21/04/2019
We use cookies to ensure that we give you the best experience on our website. If you continue to use this site we will assume that you are happy with it.Ok