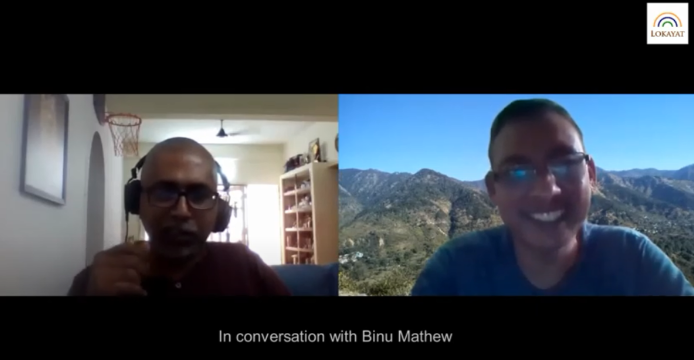 For the last eighteen years Countercurrents.org has emerged as truly as the voice of the diverse set of activists working on human rights, freedom of expression, climate change, nationality questions, caste and race questions, gender discourse. It has emerged as the voice of the oppressed and all those denied rights. It emerged as a true alternative media. The force behind countercurrents is Binu Mathew who started it in March 2002 after leaving his fixed job with a local daily in Kerala. Eighteen years ago, he might not have imagined that the journal would attract so much national and international viewers and become a brand itself though Binu has categorically suggested that he resist the very idea of ‘institutional funding’ as it actually compel people to compromise with the editorial independence which he is unwilling to do. Important for all of us to know the journey of the man and how he started and what is his future vision. In this conversation with Vidya Bhushan Rawat, Binu Mathew explain countercurrents.org, its past, present and future.
https://www.youtube.com/watch?v=LfwTf6ItKKw&feature=em-uploademail