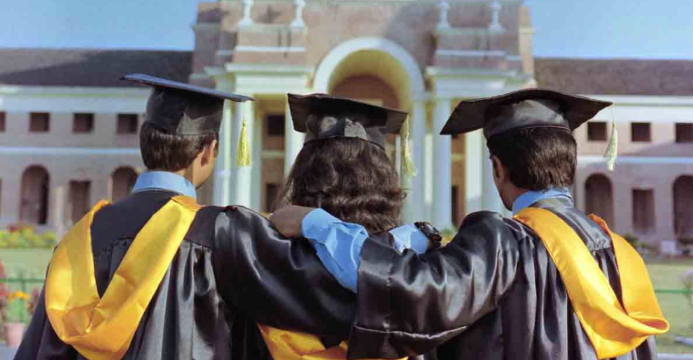 After the independence of India, the Government has made several attempts to improve the condition of the education system. It was in positive direction; in spite of these, the education system of India is also known as an arena of discrimination, exploitation, harassment and exclusion. However, in India, these are restricted by law, and the Constitution of India guarantees to not to discriminate on the basis of religion, race, sex, and place of birth or any of them. The University Grants Commission has issued “Guidelines for Students’ Entitlement”. It is mandatory in nature. Section 5 of the guideline clearly states that “The students are entitled to non-discriminatory treatment (in the sense of absence of harassment, victimization or exclusion) in every aspect of institutional functioning. Any discrimination based on caste, gender, creed, colour, race, religion, place of birth, political conviction, language and disability shall be prohibited”. Further, the same guideline in Sub-Section 5.1 of section 5, states that “In particular, institutions shall not discriminate against students belonging to Scheduled Caste and Scheduled Tribes and racial profiling of students from any region or ethnic group”. [UGC (Promotion of Equity in Higher Educational Institutions) Regulations, 2012]. After all these, discrimination, exploitation, harassment and exclusion occur in the educational institutions of India due to the non-implementation of the rule in practice and paralysis of legal safeguards. Therefore, first of all, it is highly needed to make effective and fare legal safeguards against all ill-tended practices of educational institutions of India.

India has a large education system. After the US and China, the Indian education system is the third largest in the world. After the independence of India, the total numbers of enrollments in education are increasing year by year; which means access of education is growing upward. India has more than 900 Universities and more than 40,000 colleges along with many institutions established by the Central Act or the State Act and Institutes of National Importance. But the total number of Enrollment in higher education in respect of the total population in India is not satisfactory. The most problem is that the proportion of downtrodden segments of the society in total enrolled persons in higher education are at worst, which means, it is needed to disseminate the educational institutions especially in the rural and remote areas for the downtrodden and underprivileged segments of the society. The Government should decide the geographical area and population for a University. In the current scenario, it may be that, on the population of one crore, one Central University may establish and State University should make on the population of 20 lac; which means, India should make 130 Central Universities and 650 State Universities. Currently, India has 50 Central Universities and 404 State Universities (as mentioned on the website of UGC). It means, India requires 80 more Central Universities and 246 more State Universities. If India will do this then Gross Enrollment Ratio will increase and India may be able to achieve the line of global average Gross Enrollment Ratio or may go above the average line. These all Universities should establish in the rural and remote area especially where there is no university.

Category Based Discrimination and Non-implementation of Affirmative Action

Several researches state that Indian higher education is a monopoly of the upper castes. They (several of them not all) have less ethics and do discrimination on the basis of caste and category. That’s result in, representation of students/teachers from reserve category in educational institutes are not satisfactory. They are socially and educationally backward from the years. So, they need some facilities and encouragement to come into mainstream academia. So, affirmative action is required in educational institutes for equal opportunity, social justice, and betterment of students comes from historically, socially and educationally backward segments of society. However, the Indian constitution has such type of provisions and on that behalf, Central Government and State Government(s) have made rules for affirmative action but there is not proper implementation of affirmative action in most of the institutions/organizations. It is because, Administration of concerned institutions/organizations, MHRD as an apex directive body of Central Institutions, Education Ministry of State Governments as an apex directive body of State’s institutions, UGC as an apex regulatory body of higher education and other protective mechanisms are not doing its duty honestly. It is also observed that sometimes concern officials do not have proper knowledge about the rule of affirmative action and sometimes it was observed that concern officials have knowledge about the rules of affirmative action but due to the ethically corrupt culture and tendency, they do not implement it. National commissions, who work as the protective mechanism, are failed to secure the Rights of targeted groups. Mechanisms for action against such practices, we have is also having ill tended practices. They also protect to absorbent on the place of exploited. Here the question is that, where will an exploited go for a solution. Policymakers should focus on the issues and should explore some practical solutions to make healthy India.

Other Issues in Educational Institutions

On the basis of the above discussion, finally, I conclude by saying, ill-tended practices occur in educational institutions of India, somewhere less and somewhere more. Ego and mental illness of Administration plays a major role in giving birth to such type of problems. The educational institutions should not be the arena of discrimination, exploitation, harassment and exclusion. Government, non-governmental organizations, academicians, civil society and its all stakeholders should make positive intervene to change these problematic scenarios.

Many Fierce Tyrants in India

20/08/2018
We use cookies to ensure that we give you the best experience on our website. If you continue to use this site we will assume that you are happy with it.Ok