HOME How Indian respond to color and ethnicity question : Experiences of an...
(Samajweekly) Dr Dipirye Kuku Simians, associated with University of Northampton and now Coordinator, Center for Co-coordinator Center for Languages and Academic Exchange Services at Truòng Dai hoc Bách Khoa Hànôi, Vietnam. He has been a senior lecturer in the university and right now is on an university exchange programme in Hanoi. As an African American, Dr Kuku has been inspired by India’s struggle against colonialism which then became an idol for the African nations. He came to Delhi to pursue his Ph.D in sociology 2003-2012. As an idealist whose icon was Dr Martin Luther King, Dr Kuku feels that Delhi is very unique. He realised that there was a lot of color consciousness among India. Delhi has a roughness about itself but he feels that Delhi looks rough or rustic because of its major population is a migrant population which saw the traumas of partition. It is unimaginable how much pain and suffering the people faced. Dr Kuku, says, he met people who had come walking from Lahore to Delhi. He felt their pains and agonies. His experiences in India gave him the idea that that you can not form opinions about India by just being at one place as its diversity has ensured all kinds of opinion and traditions in India.where many do not subscribe to the ideas and traditions of purity of caste and color. While Delhi may be too ‘color’ conscious, Dr Kuku says categorically, that he never felt the same in Tamilnadu and Kerala where people came to meet him and greeted him but there is no denying fact that India has deep rooted caste and color prejudices and will have to overcome them to be counted among the best of democratic and civilised societies.
https://youtu.be/UPiLzsyWOio
Follow me on Facebook at https://www.facebook.com/vbrawat
twitter at freetohumanity
Skype at vbrawat 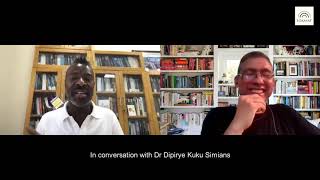 Priyanka Chopra is gripped by wanderlust

UN chief calls for combatting racism in all manifestations

Fearlessness is the poetry of revolution

17/07/2020
We use cookies to ensure that we give you the best experience on our website. If you continue to use this site we will assume that you are happy with it.Ok