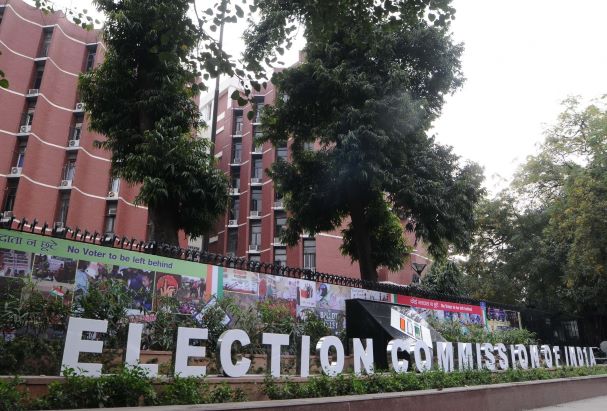 New Delhi,  (SW) Hours before Delhi goes to polls, the Election Commission on Friday sent notice to Delhi Chief Minister Arvind Kejriwal for a video tweeted by him.

The notice, dated February 7, accuses Kejriwal of violating model code of conduct and came on a BJP complaint filed February 4 where it has alleged Kejriwal was tweeting a video “with the intention of gaining votes by aggravating existing differences/creating mutual hatred/causing tension between religious communities in violation of the Model Code of Conduct”.

The EC notice says the video has the “potential of disturbing communal harmony and aggravate the existing differences between social and religious communities”.

“Therefore, the Commission gives you an opportunity to explain your position in making the above statement on or before 5 p.m. on February 8, 2020, failing which the Commission shall take a decision without any further reference to you,” the notice reads.

This is not the first time Kejriwal has come under EC’s lens. On January 30, the Commission had warned him for promising to set up a mohalla clinic inside a Delhi court complex.

While the Delhi election will take place on February 8, the results of it will come out on February 11.

Bhuvneshwar urges ICC to come up with artificial way to shine...

Hotels, restaurants to open in non-containment zones from June 8

31/05/2020
We use cookies to ensure that we give you the best experience on our website. If you continue to use this site we will assume that you are happy with it.Ok