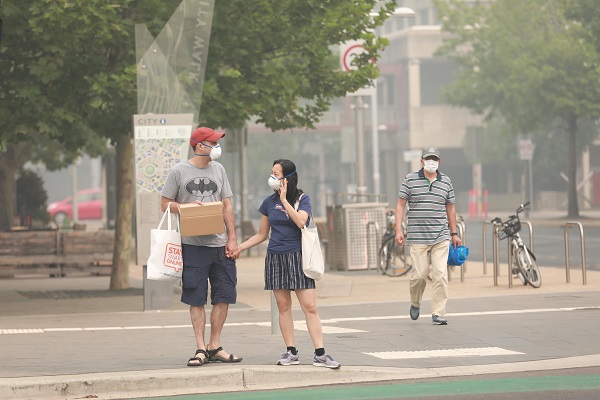 Canberra, (Samajweekly) Covid vaccines have arrived in Australia as the country kicked off its inoculation drive on Monday.

Prime Minister Scott Morrison on Sunday got vaccinated against Covid-19 but the rollout began full fledgedly from Monday, with frontline workers and the elderly given priority access to doses, Xinhua reported.

In the Australian Capital Territory (ACT), 22-year-old nurse Maddy Williams became the Canberran in the city to get a jab on Monday at the Garran Surge Centre.

While the vaccination took place, Greg Hunt, minister for Health and Aged Care, was at the Garran Surge Center, which is now a coronavirus testing clinic and the ACT’s first vaccination hub.

“We have to have as many Australians vaccinated as soon as possible, and we are on a positive track,” he told reporters.

“We have been eagerly anticipating this day since the vaccine first received approval as safe and effective to administer in Australia,” he said. “We are about to embark on our state’s biggest ever peacetime logistical operation.”

SA is aiming to give 12,000 people their first vaccine dose in the first three weeks of the program.
“For the first few weeks, it will primarily be SA Health and the Commonwealth going out to (health workers) and providing them with an opportunity to be vaccinated,” Wade said.

“As we move further into the program, both the Commonwealth and the state will have a massive communication effort to make sure people are aware when they are eligible to get vaccinated and how they can be vaccinated.”

“Through a staged approach to the vaccination rollout, we can make sure those most vulnerable to the effects of Covid-19 and those who have the highest risk of being exposed to or spreading the virus are vaccinated first.”

China asks Pak for additional guarantees for $6B loan