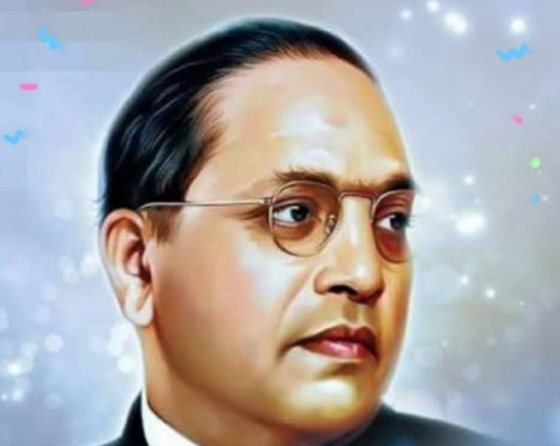 Nihang Singhs on the 14th April 2021 in conjunction with Vaisakhi are celebrating Dr. Bhim Rao Ambedkar Ji’s 130th Birth Anniversary in Singu Border (Delhi). They have also celebrated Guru Ravidass Ji’s 644th Gurpurab on the 27th February 2021. Their thought for Uniting Sikh brotherhood, regardless of their caste or origin is highly appreciated worldwide.

People from all walks of life, from near and afar will be arriving here to join the celebrations. Dr Ambedkar has now become a household name for all the citizens of India because in the manner the changes are being enforced, they have made the people to realise how important it is to protect the Indian Constitution.

Dr Ambedkar is now being honoured as a saviour and respected as the SON OF MOTHER INDIA because he has devoted lifelong effort to establish equality for all and has also discarded the barriers of hatred set by the caste system. He was born poor and died poor. These are the signs of a good and trustworthy leader.

Now days, the leaders are sworn in to serve Mother India and it’s people but instead are lining their own pockets. On false pretences are gaining votes. Policies are being made those will help to increase poverty amongst 85% in India and help the Corporations and the few elite groups 15% to rule over Bharat as per Manusmriti.

Many, Members of the Parliament representing 85% are failing to stand and speak on behalf of their people because to them their issues are not important. The agenda they are pursuing in the Parliament is to build their own portfolio. Their actions are annoying their voters who put them in the parliament and Kisaan Morcha in Delhi is the sheer example.

The protest in request to repeal of the three agriculture laws started in Punjab and has now spread all around India. The people from all walks of life are joining the protest because they have come to realise that their own livelihood is at stake if the Corporations take over. They have no other means to earn income and the Corporations are bound to induce automation to minimise their expenses.
Millions are going to suffer.

The ruling party is using all the ways to demoralise lower castes. Encounters are being arranged and the bodies of raped victims are being burnt under the cover of the darkness. The rights of the lower castes are being snatched. Not all the Hindus are in support of this evilness, it is only a handful that under the name of Dharma is spreading hatred amongst the Indian nationals.

This Government wants to re-establish the era when a lower caste (shudra) bride had to spend three nights with the Brahmin of the village as per Manusmriti. The purpose to this was to demoralise dignity of the lower castes. Now, it is being done through rapes of the lower caste women.
The policies attracting protests are the ones being put forward to stop Shudra progress.

The Brahmins since ancient times have used the Kshatriyas and the Vaishyas as a shield for their safety and same is being done today. The BJP is using the Police (Kshatriyas) and the Corporations (Vaishyas) as their safety shield and under their disguise are introducing Hindutva into the system.

The Sikhs have given a lot of sacrifices in saving identity of India so through their experience were able to see what the intensions of BJP were. In oppose, they started the protest against the Government and now it is in worldwide attention. It has also come up in the Parliament debates in overseas countries.

Some countries are considering of banning Mr. Modi from entering their countries because of his inhumane behaviour towards the farmers who have been on the borders of Delhi for over three months and suffered a big life loss.

The Nihang Singhs are also very concerned about the Sikhs having different Gurudwaras in the villages. They say that the Sikhs from different religions especially Majabi Sikhs (Rangrette Guru Ke Bete) are being down looked upon. Today they are standing by the side of the Jaat Sikhs so they deserve equal recognition and respect. They hold high praise for Jaggi (a majabi Sikh) for his bravery shown during 26th January 2021 tractor march in Delhi.

They say in the past the saints and the Gurus have fought against the caste system so upon termination of the protest, ways should be found to establish equality amongst the Sikh brotherhood in Punjab and elsewhere.

Through different religions and beliefs, the people have been kept apart and in return this has helped the Hindutva to fuel hatred between each other. But now in the manner the amendments are being enforced, all have decided to unite on one platform and save their rights authorised by the Constitution given by Baba Sahib Dr Bhim Rao Ambedkar.

The Indian Constitution does justice for all regardless of caste, culture, creed or gender but the Manusmriti promotes differentiation and hatred on the basis of caste and gender. If Manusmriti had remained in force following the Independence of India, the women would have lacked the progress they are enjoying today. According to Manusmriti a woman’s responsibility is only to do house core duties and to faithfully serve her husband.

Dr Bhim Rao Ambedkar has opened the doors for both genders to progress. Today the women are also coming upfront in support of Dr Bhim Rao Ambedkar because behind their progress is his drafted Constitution. For all the citizens in India he is a saviour and beacon of success so all are uniting together to protect his efforts from being replaced by Manusmriti.

Dr Ambedkar during his peak failed to get the publicity he deserved so his followers worldwide have worked hard and today not just in India but all over the globe his statues are being erected. Credit goes to all the Ambedkarites.

He was shadowed by the popularity of Pandit Nehru and Mahatma Gandhi. Because of his caste they all looked down on him but were unable to match the wisdom and the knowledge he had. When they all failed to finish the Constitution, he was chosen to finalise it.

Now through amendments his drafted Constitution is being altered to snatch away rights given by it.
His last words to all were that if you cannot improve on my achievements then please do not let them to be dragged back. Unfortunately, these amendments are a danger to his achievements so all the citizens have a duty to stand and oppose them to save the Constitution.

Dr Bhim Rao Ambedkar, Sir Nelson Mandela, Sir Martin Luther King and Sir William Wilberforce will always be remembered for fighting for the cause of the others. The people of their calibre are hard to find who have put others above themselves. Such people are God sent saviours.

Taking into account, the hardships Dr Ambedkar has faced to help others I salute him. The roads he walked on, we can only think or talk about them because they are beyond our reach.

Congratulations to all on the 130th Birth Anniversary of Baba Sahib Dr Bhim Rao Ambedkar.

A festival against indecency and vulgarity in folk art and music

I A Rehman : The torchbearer of Human Rights Movement in Pakistan