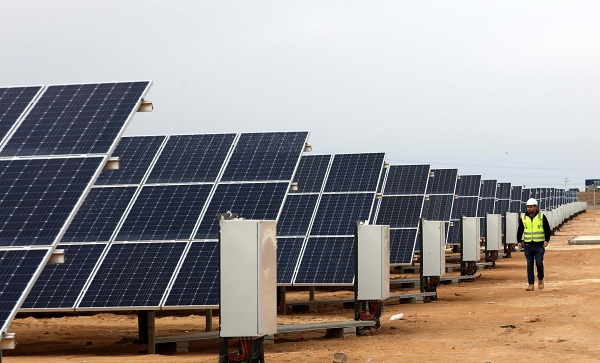 New Delhi, (Samajweekly) Not only in the conventional sector, discoms dues have also risen sharply in the renewable space adding further pressure in the power sector to continue generation without being paid.

According to data from the Ministry of Power’s (MoP) payment ratification and analysis portal (PRAAPTI), the outstanding dues to the renewable generators stood at Rs 84 billion ($111.9 million) while an amount of Rs 12.33 crore ($1.6 million) was under dispute.

The dues to the renewable sector have risen but are still a fraction of what the discoms owe to generators in the conventional sector. According to the government data, 65 discoms owed power generators Rs 1.19 lakh crore in overdue payments spread across 17,118 invoices at the end of June 2020. In May, Rs 1.14 lakh crore was recorded in overdue payments owed by 65 discoms to 197 power generators spread across 16,320 invoices.

In the renewable space, Adani Green Energy Limited, NLC India (RE), and Tata Power were the three generators that were owed dues amounting to Rs 1201 crore, Rs 1316 crore and Rs 1957 crore respectively.

At the end of May, the dues to green generators were Rs 9,725 crore spread across 538 invoices.

The government has announced a Rs 90,000 crore liquidity package for discoms to help them clear their dues to generators. So far, about Rs 68,000 crore have been sanctioned from the fund.

Air India filling GM posts when it is up for sale