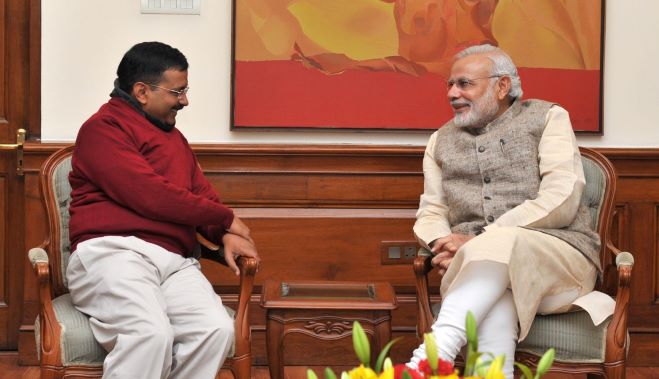 From the election in Delhi, a lot can be learned. The BJP threw everything they had to win but still have been unsuccessful.

They asked the Chief Ministers and the MPs to make speeches to persuade the Delhi voters to vote for BJP.  The Chief Minister of Uttar Pradesh, Yogi Adythia Nath accused Mr Kejriwal for supplying Biryani to the protestors who were opposing CAA in Shaheen Bagh.  For his unruly remarks the Election Commission served a notice to him.

The BJP was so desperate to win this election that even Mr. Amit Shah on foot went into the residential areas and personally handed election pamphlets with the request to vote for BJP.   Mr Modi made a very long speech on the anti- nationalism.  Explaining that all who are protesting in the Shaheen Bagh and elsewhere in opposition of CAA – NPR – NRC are anti-nationals.

One MP went as far as GOLI MARO SALO KO  and openly declared that these Muslim protesters will one day enter Hindu houses and rape mothers, sisters and daughters.  Mr Modi and Mr Shah will not be here to protect them.  Remarks of this nature are extremely fascist and people with this mind set are indeed anti nationals.  They are extremely dangerous to democracy in India.

The residents of Delhi are much more knowledgeable to politics than the others, living in other states of India.  Delhi is the capital of India and the Indian Parliament sits here.  To them this hype of anti nationalism is of no interest at all because in Delhi is a multi culture society and they all live in a very closely knit unit.

The Laws are made in the Parliament in Delhi.  Some are good. Some are bad but when the worst are made then disturbances are felt in Delhi.  CAA – NPR – NCR are present example.  The lively hood of many is in danger because their status are being jeopardised.

CAA –NPR – NRC are going to categorise all the other communities, apart from the Hindus, into small minority groups. This division within the Indian citizens will help the Hindus to establish their dominance in India.  The target of the BJP Government is to establish Hindu Rashtra and CAA – NPR – NCR is the foundation to it.

This is why the BJP is so resilient to draw it back even though protests against it are taking place in India and worldwide.

Mr Kejriwal has been accepted as the son of Delhi by the Delhi public.  They have shunned the might of the BJP even though they put better proposals in their manifesto.

The BJP does not have a good track record so they have voted Mr Kejriwal and his party because the changes through their hard work are visible in Delhi.  They are going to follow on with their projects in this new term.

The public of Delhi has proved that they are behind Karma and not Dharma.  They say that through Karma we progress but Dharma constitutes hatred.  We need equality in India and not warmongering and transmitting of hate through dharma.

The public of Delhi very proudly say that they have set the model for the other states to follow.  The Chief Minister of Bengal, Mamta Benerjee also wholly supports their model and proudly says that the Democracy has won the battle in Delhi.

India is not just for the Hindus only but it is for all. All the citizens of India have equal right to live and serve Mother India.

The Hindus must not forget that they have also come and settled in India as everyone else has.  Worldwide researchers have described their coming to India as the Aryan invasion in India.

In the grounds of the Indian Parliament in Delhi is the statue of the son of India, Dr Bhim Rao Ambedkar pointing his finger directly at the Parliament House.

His massage to all is that the Laws made in the Parliament should not be bias and should promote equality and progress within all the citizens of India.  The laws passed with bias grounds, they will harm Mother India’s progress and they will promote hatred.

Dr. Ambedkar’s last words were that following a lot of struggles and strive, I have managed to bring Mother India to where it is now.  If you cannot improve it then please do not demote it but leave it where it is.  This is my last request to all.

Dr Ambedkar fought for the rights of all people regardless of caste, culture, creed and gender.  Mother India’s progress what we see today is because of her son’s drafted Constitution.  If the Manusmirity had remained after the Independence then India would have surely lacked worldwide recognition it has today.  It’s reinstalling will surely derail India’s progress.

Celebrate diversity of our languages as imposition of Hindi would harm...

Peace without demolishing caste privileges is not possible ?

Need police reforms to professionalise it in the greater interest of...

22/12/2019
We use cookies to ensure that we give you the best experience on our website. If you continue to use this site we will assume that you are happy with it.Ok