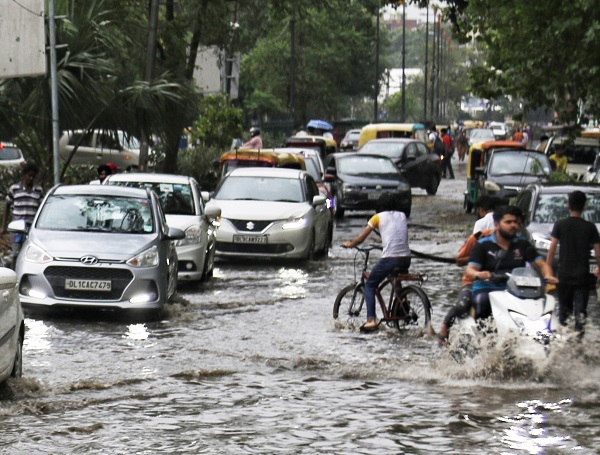 New Delhi, (Samajweekly) The Delhi High Court has expressed concern over the heavy traffic congestion in the national capital during the monsoons and the issue of storing rainwater, and directed the authorities to file a status report on the matter.

Citing the public importance of the isssue and referring to a media report, the bench of Justices Jasmeet Singh and Dinesh Kumar Sharma took suo motu cognizance in the matter.

“Let the parties file status report indicating (a) the steps taken by the agencies to store and harvest rainwater, (b) the steps undertaken to address and ease traffic jams/snarls in Delhi during monsoons and other periods,” read a recent court order.

The court also issued notice to the respondents including the Central government, and the Delhi government among other departments concerned.

The matter was further posted for the next hearing on July 4 before the bench headed by Chief Justice.

After scorching day, light rain in the evening for Delhi-NCR