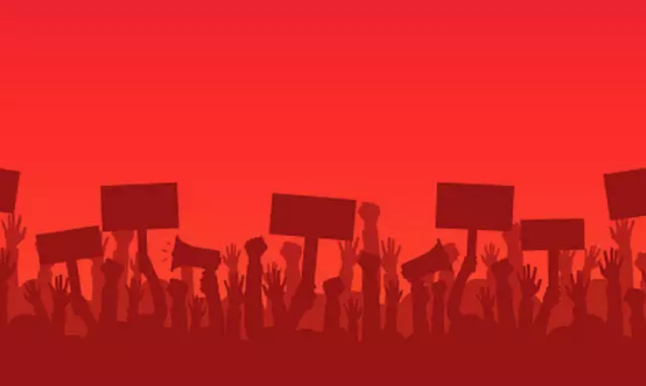 Today India proudly celebrates the 129th birth anniversary of its greatest icons of all time Dr Baba Saheb Ambedkar. For millions, Dr Ambedkar is not merely a political head or a leader but part and parcel of their daily life, the first name that they utter when they get up early in the morning or sleep in the night. Such has been his impact in our socio-cultural-political life that those who opposed him and can never really follow his words and philosophy today are actually trying to portray them ‘better’ Ambedkarites. No other political figure or social icon has touched lives of Indian that powerfully as Baba Saheb Ambedkar has and therefore this will be for the first time when people are compelled to stay in under the compelling circumstances otherwise the crowds that throng to various places in India particularly at the Parliament Street, is worth watching. It is a cultural event when you will find books, literature, music and everything which can describe an Ambedkar Samaj, as my respected friend late N G Uke used to say.

So this year is unusual as people will not be able to pay their floral tribute to Baba Saheb Ambedkar at the parliament House but thanks to technology Ambedkarites are defining new ways to remember him. As I said, frankly, in the lives of millions of people, Dr Ambedkar is very much alive in their heart, in their home and in their memory. The fact is that Dr Ambedkar grew in stature and popularity every year and even in these dark times, it his thoughts and courage of convictions that inspire us to move forward. We can not ignore the vital factor that during the anti CAA protests, student protests and all the protests for the rights of the people, the Constitution became the most powerful instrument of solidarity and unity of the people of India. I don’t think in any part of the world, people are so attached to a Constitution that they used it so powerfully symbolically in their protests.

When the protests were at the peak, we saw the carefully orchestrated violence in Delhi resulting in the deaths of so many people and systematic looting and damaging of property of the Muslims in particular. And now we have the lock down due to Corona. Unfortunately those who have blood in hand want to give a ‘conspiracy’ angle to every event and therefore converting the whole failure of the system of governance into an artificial villain. Fake news are being produced and spread everywhere threatening to blow the very edifice of our social political and cultural space. The idea of India as espoused by our constitutional forefathers and defined by Dr Baba Saheb Ambedkar is under the grave threat and therefore we need to be cautious and alert to defend it at any cost.

The world is facing this huge crisis to its order. Obviously, this is a man made crisis. Our life style, our rabid exploitation of nature and bio diversity, everything is retaliating. It is a warning to all of us to mend our ways. It is an opportunity for all of us to build a new society based on the principals of equality and fraternity as Baba Saheb Ambedkar wanted, a Prabudhdh Bharat i.e enlightened India.

World over, crisis is an opportunity. Look at the speech delivered by Boris Johnson where he mention the names of two nurses from New Zealand and Portugal who served him so well through the National Health Services of UK. We know this National Health Service has more than 40% immigrant workers who have dedicated their lives for the protection of the people. Today, UK is more united to face the Corona and thanks to National Health Services, people are realizing its importance and accepting the role played by the immigrants there. A number of very senior doctors originally hailing from Africa and Asia particularly Bangladesh, Pakistan and India laid down their life in protecting people and fighting against Corona but unfortunately in India Corona was communalized and Muslims were targeted. Sadly, the role of Indian media has been terrible and absolutely racists and reactionary in this regard. It is not merely the dirty tricks but it created frenzy where the poor face the worst ostracisation. Reports are coming in that the upper caste people who are quarantined at some facilities in various places have refused to eat food cooked by the Dalit cook.  There are still prejudices prevailing in the society. We were never divided that much as we stand today.

While we do understand the importance of unity in these trying times but how is it possible without a show of gesture by the so-called dominant forces. How will there be unity when people face caste based discrimination and the food is not taken. How will we have unity when the fake whats messages are being delivered and created to vilify communities and people.

The Corona crisis has exposed the hollowness of those who seek ‘divine’ intervention for everything. It has exposed the hollowness of the religious groups who can only work as charities now as it is the medical science which will do the needful. And when we see doctors of diverse faith and ethnicities working overnight and breaking the walls of prejudices to serve the people, it is time, the politicians too understand that.  The role of media in these critical times is not merely to report ‘positive’ stories which they must but also report the gaps, the discrimination and the issues of the medical fraternity. Media should also expose the corruption as the crises are the best period for many to mint money as this is an ‘opportunity’ for those.  Media can’t just remain the public relations broadcaster of the ruling party. If that is the case then all the shops must be shut and let Doordarshan and All India Radio do the work because even today they are far superior to those shouting brigades which are creating hatred and panic.

It is in this regard, we feel disturbed that the Uttar Pradesh police filed cases against Mr Siddhartha Vardarajan, founder Editor of The Wire, one of the finest online news portal. When the ‘manustream’ media surrendered, it is The Wire kind of portals that provided us hope about news. We may agree and may not agree with everything that the Wire publish but I don’t think a tweet posted by Vardrajan deserve a police intimidation and FIR. If he misquoted chief minister, I am sure, CM’s office could have written the rejoinder and if he had not published, they could have gone to the Press Council or even to the court. Filing of criminal cases is nothing but an intimidating exercise. We hope the courts will take cognizance of this and trash the FIR.

The other dangerous thing is the attempt to frame Dr Anand Teltumbde, one of the most respected scholars of our time. Again, one may or may not agree with his view points but none can ever doubt his integrity. He is a scholar and not a gunman that the intelligence is trying to project. If the independent voices are arrested and framed then there is no way out. Though Anand is related to Dr Baba Saheb Ambedkar, he never ever used this in his writings and public life. He is a thoroughly independent person whose critical analysis is respected by his opponents too. Tomorrow, when we celebrate Dr Ambedkar’s birth day, it will be the supreme irony that a leading scholar of our country will be surrendering in the court as all his efforts to get bail got rejected. We have read his daughters article with deep anguish and pain about their parents mental agony. Today, Anand wrote an appeal to the nation as he know despite his convictions, he is now feeling deeply dejected and hopeless. A person of his repute and conviction when face such crisis which was unimaginable for him and his colleague, can face such. It was ironical that Supreme Court was releasing many others due to Corona threat but Anand at 65 is being jailed. It is so sad that when everything in the country is locked down, the police and security agencies are still finding time to shut the voices of dissent.

Dr Baba Saheb Ambedkar was the biggest dissenter of his time. Today, the Hindutva brigade too is shouting jai bheem. Tomorrow, the prime minister will pay his ‘tribute’ to Dr Ambedkar. Respecting Dr Ambedkar is respecting Indian constitution and demolition of caste system. Respecting Dr Ambedkar means respecting dissent as he often quoted Voltaire. He said that India need Voltaire who can speak with conviction. If the government is serious about respecting Dr Ambedkar, it must adhere to directive principles of Constitution, strengthen our public sector, engage in constructive dialogue with all political forces in the country, not consider dissent as being anti-national or anti constitution and respect India’s minority’s rights.

For all those who are celebrating Ambedkar Jayanti tomorrow, I would request to stay in but not keep silent. Speak up against wrongs. Stand up against superstitions and caste discrimination. A true Ambedkarite will never remain silent against injustice as without dealing with gross violation of human rights, you cant build a humane society with fraternity.  Respect for all those who are working round the clock for the well-being of the people. Let us respect doctors, health workers, sanitation workers and other officials, civil society organisations, community workers are working day in and out to protect us. Wish all good health and protection and hope that this Ambedkar Jayanti will give us new thought to rebuild our society based on love and affection, on equality of human being without any discrimination. Let us celebrate the life of Dr Ambedkar by following his ideals and acting on them. – (Samaj Weekly)

Has India lost grip over Afghanistan?

FOR POLITICS OF HINDUTVA THERE IS NO LOCKDOWN