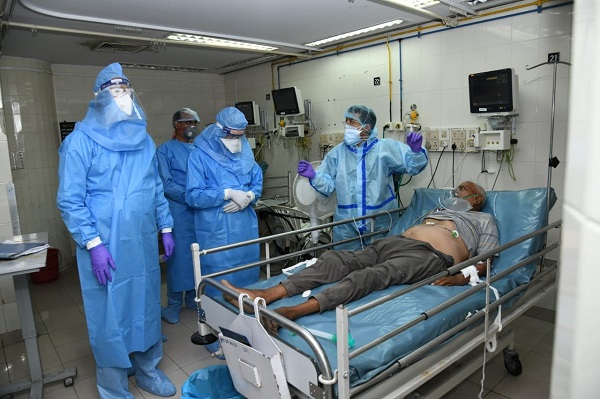 Mumbai, (Samajweekly) Exactly 180 days after Maharashtra recorded its first two Covid-19 cases on March 9, the state on Wednesday touched a new high of coronavirus cases even as deaths remained in the high ranges like most days in September, health officials said here.

Adding 325 more fatalities, down from the peak of 423 (September 7), the state’s death toll shot up to 27,787, including 55 old deaths which have now been included in the state’s total.

There was one death roughly every 4 minutes and a staggering 992 new cases added every hour to the state’s tally.

The state’s recovery rate again dropped from 71.26 per cent to 70.96 per cent, while the current mortality (death) rate stood at 2.87 per cent on Wednesday.

Against this, a total of 13,906 fully recovered patients returned home on Wednesday, taking the total number of discharges to 686,462 till date, considerably higher than the 252,374 active cases present in the state.

The day witnessed a sharp spike in fatalities in Sangli, Nagpur, Kolhapur and Solapur, even as four districts in the state reported zero deaths.

Of the total 8 circles, the Mumbai circle (MMR, comprising Mumbai, Thane, Palghar and Raigad) remains on the edge as deaths spiral and cases pile up, with the fatalities shooting up by 83 to 13,13,584 and with the highest 6,234 new infectees, the total cases shot up to 375,963.

With 66 more fatalities, the Pune circle’s (comprising Pune, Solapur and Satara districts) death toll increased to 5,923, while the case tally zoomed up by the highest spike of 6,591 cases to 257,659.

Over 500 test positive for HIV in Pakistani village