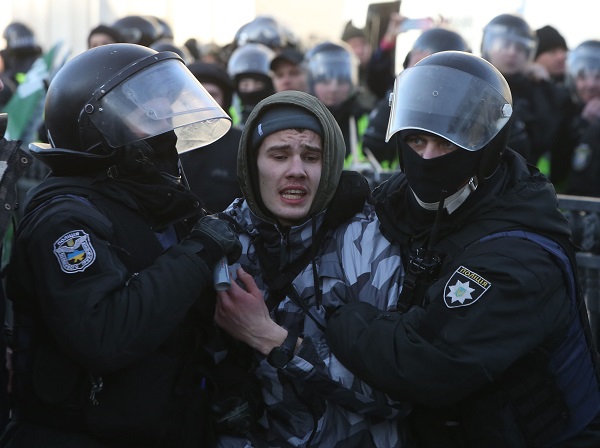 Kiev,  Dozens of protesters in a Ukrainian town attacked buses carrying evacuees from the coronavirus-hit China, it was reported on Friday.

On Thursday, 45 Ukrainians and 27 foreign nationals were flown from the central Chinese city of Wuhan, the epicentre of the deadly outbreak, to Kharkiv, a BBC report said.

Six buses then drove them to the hospital in Novi Sanzhary, in the central Poltava region, where they were attacked by the protesters lighting bonfires and hurling stones.

After a tense stand-off, police and the national guard manage to unblock the road to the building where the evacuees would be spending 14 days.

In a statement, Ukraine’s security service (SBU) said a fake email claiming to be from the health ministry falsely said some evacuees had contracted the virus.

SBU officials were now investigating the apparent hoax, the BBC quoted the statement as saying.

So far, Ukraine has no confirmed cases of the coronavirus and the Health Ministry said that none of the evacuees were sick.

To show solidarity with the evacuees, Health Minister Zoryana Skaletska said she would be joining them in quarantine and would run her Ministry by Skype.

“I hope that my presence there will calm those in Novi Sanzhary, as well as the rest of the country,” she said in a Facebook post.

In a statement, President Zelensky urged Ukrainians to show compassion and refrain from protesting.

“Most of the passengers are people under 30. They are almost like children to many of us,” he said.

“But there is another danger that I would like to mention. The danger of forgetting that we are all human and we are all Ukrainians.”

THE SCs & STs NOT TO BE DUPED WITH THE PRESIDENCY OFFER

Taliban appeals for unfreezing of Afghan reserves after devastating quake

Coffee may prolong lifespan for people with kidney disease

Major win for India in climate diplomacy with deal signed with...