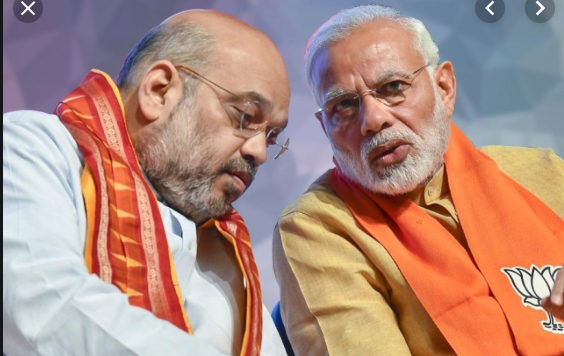 Sometimes, I would prefer to be bitterly frank. These days, I feel that people get what they deserve. You have a PM whose credentials in Babari Masjid demolition and Gujarat violence and many other issues are well established. You have a Home Minister whose credentials are also well established. So, why are they there on top of us? There are only two answers for this question. The first one is that those who are aware do not speak out. It could be because of fear or it could be because of their selfish reasons. We have around a couple of dozen crores of middle class population. They are still waiting to see what is there for them. Among this population, a small minority is also living with pretensions of radical and critical minds. What have they been doing so far? Therefore, either we will have to come to a conclusion that `people do not have strength’ or that `people would get what they deserve’. If people had strength then these guys won’t be sitting on top of us. And if the critical minds could perform united actions without fear, then also we would not have faced this situation.

I remember a similar situation which affected me deeply 3 or 4 decades back. The post emergency situation in India saw a large number of youth and students’ groups extremely active in criticising emergency. But during emergency, most of them did not have the guts to do so. Lifting of emergency was a liberation for many. For those who kept quiet in fear as well those who fought. So, between 1977 to 1980, I would call it as a period of renaissance in India. People came out with radical literature, paintings, films and many creative and political works. Those who keep mum today are waiting for a period of renaissance, so that they can express themselves without hurting themselves. The post 1980 period was not very healthy for many. The groups started splintering. The political opposition called Janata Dal comprising of many diverse sections of different ideologies also fell apart. Many youngsters could not take the transformation from liberation to nothingness. Some became mad, some became religious, some committed suicide, some went to make money and some went in search of comfortable jobs where they could keep mum again. While this process was happening, one of my friends who used to draw political poster with me in JNU also was psychologically affected.

Some people felt that he became mad. But he did one of the sanest things at that time. He put up poster in front of the JNU library which said: `You Middle Class Buffoons, Come Out Of Your Cocoons !’. It was the sanest thing to say at that time. After four decades, at this point of time, I am eager to meet this friend. I still remember the visual he drew on the poster. These are the situations where I feel that the notions of sanity and insanity should be placed upside down. We may survive as free citizens if we start doing that.

Peace without demolishing caste privileges is not possible ?

09/10/2019
We use cookies to ensure that we give you the best experience on our website. If you continue to use this site we will assume that you are happy with it.Ok