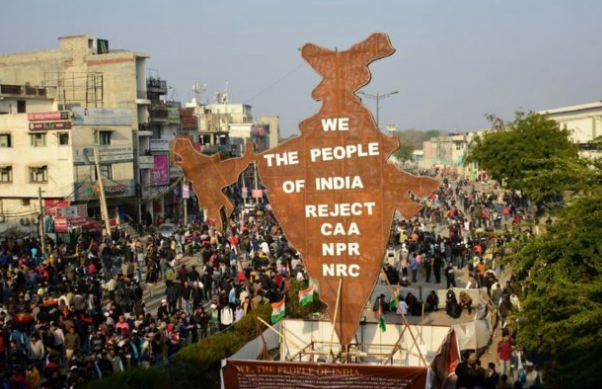 Today India is popular worldwide for it’s serene atmosphere and for the miracles listed in the religious scriptures.  But about five hundred years ago the European kings and the queens had their eyes set to conquer India. Probably, It was a highly reputed name of that time. The name at that time was BHARAT-VRASH.  The British gave the name INDIA.

Everyone wanted to be the first in India.  They sent sailors to search for it. England, France, Italy and Portugal were competing against each other to reach it.  May be, India’s wealth was the main attraction.  They were all desperate to find it.

Italian captain Amerigo Vespucci was also searching for India. He landed on a shore of the country today known as America.  He saw the natives covered in red ash and named them the Red Indians because to his knowledge he has docked in India.  The name America is from his name and the Red Indian name is also his giving to this world.

Latest miracle in India is that a neem tree is exuding white sap which as claimed tastes very sweet like Amrit and from it chesty infections, coughs and bronchitis are being cured.  The neem is a very sour tree and sweet sap from it is unimaginable. So this can be accounted as a miracle

The God keeps showing of his presence through his Miracles and his anger through setting fire to the forests. He is also making people aware of the disaster on it’s way through climate change.  Climate change is the result of the mankind’s greed.  He has destroyed the forests, the breathing lungs of this world.

The man wants to conquer nature and now is spending vast amount of money into space programmes.  Why?  The answer is to show that one is better than the other even though the people through hunger are dying on their door steps.

The pollution is being blamed for the climate change.   The aeroplanes, the steamers, the road transporters they all cause pollution.  Which one of these can be given up?  None of these can be discarded because the world depends on them. The space programmes will have to be weighed against the sufferings and the disasters happening in this world.

Coronavirus is the latest virus to hit this world.  It started in China and is slowly spreading worldwide.  A lot of people are infected by it and the death toll is quite heavy.  Our scientists and researchers keep conquering the Viruses but new ones keep erupting through the faults in the science labs.

The India that once all wanted to conquer; today under the BJP Government is heading to become a land of civil disturbances.  The bloodshed of the thousands is on the cards.  There are millions in India protesting against CAA, because it is the doorway to NPR and NRC.

The Prime Minister Mr. Modi has repeated the same words of the Home Minister Mr Amit Shah that the Government is not going to change their decision on CAA, NPR and NRC.  They are here to stay.

It seems the authorities have no consideration at all for the millions protesting all around India.  The Congress Party needs to step forward and represent these minorities seeking justice.   It will help to win back their confidence that they have lost in the Congress party.

The SC/ST and OBC members in the Parliament are voiceless so nothing much can be expected from them.  Although they have been voted by the people but now cries for help are falling on their deaf ears.  It is doubtful whether they are showing any concern about them in the Parliament.

The Dharma has become forefront agenda of the BJP.  Because of Dharma, the hatred is present all over India.  It has been around since many, many centuries.  The Dharma has given birth to the caste system and the Brahmins have enforced it.

Even today the lower castes in many states are not allowed in the Hindu Mandirs because through their entering the Mandir becomes a bad omen.  It has to be washed and blessed by a Brahmin priest before use.

The Indian Constitution outlawed this practice but the religious organisations have kept it alive.  Now the BJP with the cohesion of the RSS is trying to establish Hindutav again in India.  This will definitely promote hatred because the Hindutavis are firm believers of the caste system.  Through caste difference they specify themselves as the supreme beings.

The Aryans arrived in India about five thousand years ago.  Since then the caste system has stopped relationships developing between the natives and the Aryans.  The SATI was introduced, when an Aryan woman upon demise of her husband, had to scarify herself to Agni meaning fire.

This was to stop her from mingling with the natives.  Same applies in the temples today, to safeguard the Aryan women from the natives they are forbidden from entering the Hindu temples.  The Hindutavis want to reinstate Manusmirty to re- enforce the caste difference.

The protestors are well aware of what the intentions of the BJP government are and what effect these laws are going to have on them.  The people who are going to be affected by these rulings are protesting on the roads.  If they were protesting in the parks nobody would have bothered to take any notice about them. Judgement of Supreme Court is awaited.