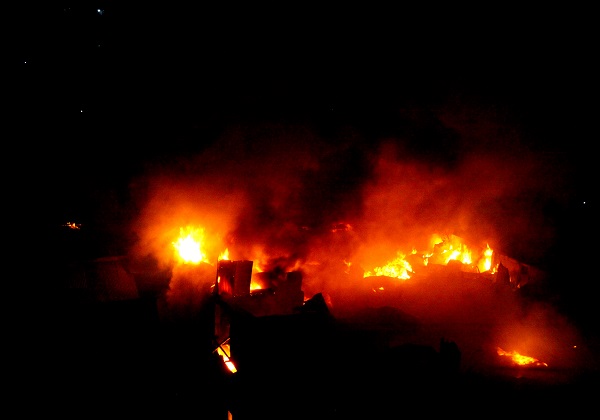 Dhaka,  At least 10 people died on Sunday in yet another fire in an apparently illegally operating factory in Bangladesh, where last week 17 others perished in a similar incident in a factory on the outskirts of Dhaka.

The fire department said that the blaze broke out about 5:45 pm in an electric fan factory in Gazipur, near the Bangladeshi capital and that when it was finally put out 10 bodies were found in the charred ruins of the establishment, the Efe news reported.

“This is a building of three floors with a corrugated iron roof and with just one exit. We assume that the factory is illegal, since it did not have a fire license,” the head of the Firefighters and Civil Defence division, Debashis Bardhan, said.

The official said that when the fire was brought under control, firefighters found “10 bodies on the second floor,” and that there were no other fatalities or injuries in the blaze.

Fires and other dangerous industrial incidents are rather regular occurrences in Bangladesh, a country that has been under international scrutiny in recent years due to the precarious safety conditions in its factories, although it appears that authorities have been unable to reduce those overall risks.

According to figures from the Bangladesh Firefighters Service, between 2004 and 2018 at least 1,970 people died in the heavily populated and poverty-stricken South Asian country in the 89,923 fires reported during that time.

Last week, at least 17 people lost their lives in a fire in a plastics factory on the capital’s outskirts.

Last February a massive fire in the old section of Dacca almost completely destroyed seven buildings, killing at least 70 people and injuring 55. That fire began in a building housing a warehouse for plastic products.

The worst industrial accident in Bangladesh’s history occurred in 2013, when 1,134 people died and more than 2,500 were injured when the eight-story Rana Plaza building housing five textile workshops collapsed.