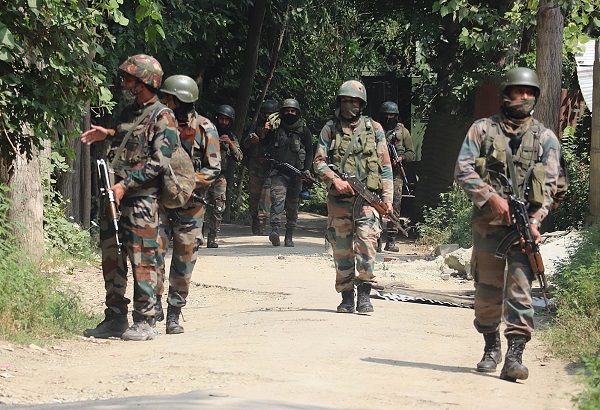 Srinagar, (Samajweekly) Army has started investigation in the July 18 encounter in South Kashmir’s Shopian in which three suspected militants were killed.

The three killed have been reportedly identified as missing labourers from Rajouri in Jammu on the basis of photographs released by the families.

In a statement army said, “We have noted social media inputs linked to the operation at Shopian on 18 Jul 2020. The three terrorists killed during the operation have not been identified and the bodies were buried based on established protocols. Army is investigating the matter.”

Meanwhile the incident has drawn sharp response from Kashmir based politicians.

Jammu and Kashmir Apni Party (JKAP) president Altaf Bukhari Monday sought an impartial and time bound probe to unearth the mystery behind the disappearance of three labourers of Rajouri district.

In a statement issued Bukhari urged the Lieutenant Governor Manoj Sinha to order a high level probe into the disappearance of three labourers–Imtiaz Ahmed, son of Sagar Hussain, Ibrar Ahmed, son of Bagha Khan and Ibrar Ahmed son of Mohammad Yousuf whose whereabouts are unknown since July 17.

“The Lt. Governor led government in J&K is expected to order and pursue a serious, impartial and transparent investigation that leaves no stone unturned in finding out what happened to these three poor labourers who have lost contact with their families since July 17. The truth behind their missing must be unearthed as quickly as possible,” he remarked.

Iltija Mufti who operates her mother PDP Mehbooba Mufti’s Twitter account tweeted: “Shocked to hear about reports of three missing labourers reportedly killed in a staged encounter at Shopian. Armed forces have a free hand to operate with impunity. Explains why bodies are allowed to decompose at unknown locations. Probes into recent encounters must be ordered….Clearly GOI needs the militancy narrative to justify repressive & violent measures.”