English Articles ARE WE HEADING FOR WW111 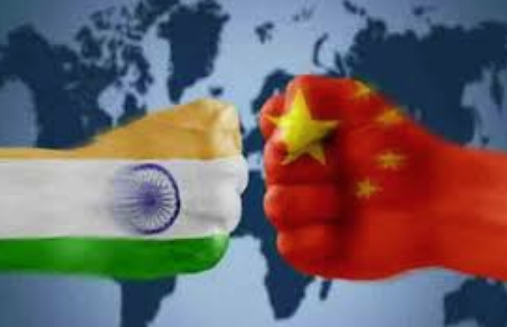 These two wars were the largest military conflicts in human history and involved military alliances between different countries.

I remember them saying that the year 2020 is going to be the darkest period for this world.  They use to predict that the war is likely to start in the East and will draw outside countries into it.

I never gave much thought to it but start of the Covid 19 in the year 2019 and it claiming colossal amount of lives plus forcefully removing of 370 in Kashmir, revived back those thoughts. I felt that death toll and anger will ignite disturbances that could lead to a war.

The two countries China and India are both considered as the super powers of this world and this developing issue in regard to land has summoned the army presence and are facing each other.  It is only a matter of time when this will explode.  The result is going to be extremely pernicious.

Is all India behind this?  It is doubtful.  Nepal that has been close to India for many centuries and now has denounced its friendship.  Why?  Has this Government done something wrong that has led it to this decision.

Dr Ambedkar is the highly respected, honoured and remembered personality of the 19th century.  He deserves to be credited with the title of SON OF INDIA.  His drafted Constitution is behind the success of India that has gained recognition as one of the super powers of this world and today the BJP Government is boasting about it.

It must be remembered that the build up of warfare arsenal, has been gradually built and all the past Governments have contributed towards it.  This was possible because our Constitution maintained Law and Order in India and promoted cordiality with the neighbouring countries.

Today worldwide praise is being directed to Dr. Bhim Rao Ambedkar and in India the BJP Government wants to withdraw the Indian Constitution and replace it with Manusmirity.  They want to dispose the ideas of Dr. Ambedkar, those are benefiting people from all walks of life.  Through installing of the Manusmirity, they intend to impose Hindu Raj all over India.

The Manusimirity was discarded from the system because it spread hate. Now, new ideas are being put into practise those will make a way for it’s return but they are causing a lot of concern and annoyance amongst the Indian nationals.

It will give power back into the hands of the religious sect but it will have a very disheartening and demoralising effect on the others.

Unimagined feats are being experienced in the year 2020.  No one ever thought that the aviation worldwide would come to a halt.  The road and sea transportation would also seize.  The religious places will be shut and services cancelled.  Economy throughout the world would suffer.

The MP’s in the Parliaments would wear masks.  The masks were meant for the personnel doing dusty and stinking tasks.  Now, the masks have become an essential commodity for survival. The Sanitizers were mostly used by the staff in the hospitals and by the visitors to ICU units but now people are carrying with them at all the times to safeguard from Covid 19.

In India Covid 19 cases are increasing fast and have nearly reached 700,000.  The fear of war is hanging around.  The monsoon is also causing a lot of destruction through floods.  The God’s anger is being felt through heavy storms and earth quakes and still ego for war is not easing away.

The children of the Parliamentarians and the cooperating TV presenters are safely at home and it is these people who are trying to lead India into war because they believe the might of India is much more supreme, compared to that was in 1962.

Is this going to be the start of WW111?  India has alliances so has China.  It is a very sensitive situation and one wrong move from either side is going to start a very disastrous episode.

Dr. Ambedkar had very wisely drafted the Indian Constitution that has kept peace with all the neighbouring countries but now because of the changes that are being put into effect to make a way for reinstating of the Manusmirty.  Unfortunately, these changes are causing a lot annoyance in India and in the neighbourhood countries.

India needs equality and not segregation to maintain the position we are in and to stop it from dropping back.  India needs Indian Constitution to maintain and promote future progress.  Without it, the future of India looks very bleak.

I have more Indians than Kamala Harris: Trump

27/02/2020
We use cookies to ensure that we give you the best experience on our website. If you continue to use this site we will assume that you are happy with it.Ok