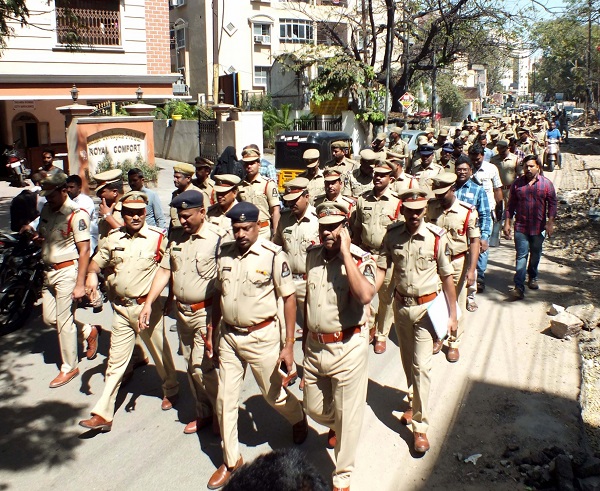 Hyderabad,  The Cyberabad police on Saturday suspended three policemen, including a sub-inspector, for the delay in registering a missing case of a woman veterinarian, who was later found gang-raped and murdered at Shamshabad on the outskirts of Hyderabad on Wednesday night.

Cyberabad Police Commissioner V.C. Sajjanar said the police personnel were suspended for dereliction of duty. According to a statement from the commissioner’s office on Saturday night, a detailed inquiry has found that they delayed the registration of an FIR relating to the missing woman on the intervening night of November 27 and 28.

“All the officers of Cyberabad Police have been once again instructed to register cases irrespective of jurisdiction whenever a complaint related to cognisable offence is received in the police station,” said the Commissioner.

The family of the victim alleged that the police did not respond quickly when they approached them to lodge the missing complaint at 11 p.m. They said the police wasted a lot of time over jurisdiction issue between two police stations besides asking them inappropriate questions.

According to the National Commissioner for Women, the police asked the victim’s mother did she have an affair with somebody.

The victim’s family had approached the police one-and-half hour after she had called her sister from her mobile phone, stating that she was stranded near a toll gate at Shamshabad as her Scooty got punctured. The victim also told her that she was feeling frightened as the place was deserted.

Centre, farmer unions to hold 9th round of talks on Friday

If Centre is adamant, we’ll come out in 15 minutes: Tikait

27/09/2018
We use cookies to ensure that we give you the best experience on our website. If you continue to use this site we will assume that you are happy with it.Ok