World 3 killed as more than 70 bushfires rage in Australia 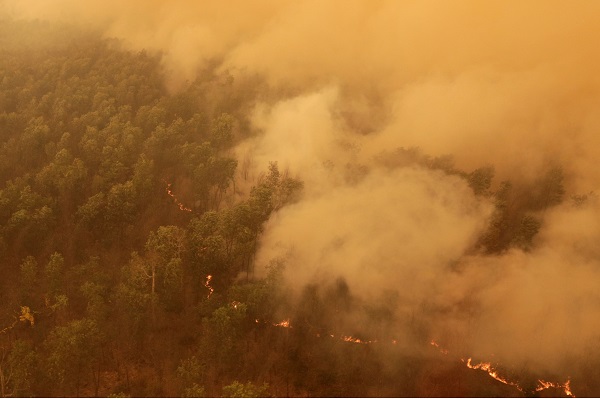 Sydney,  More than 70 bushfires continued to burn across two states in Australia on Sunday, where at least three people have been killed and four were missing, despite the efforts of around 1,300 firefighters.

The wildfires have mainly affected the New South Wales (NSW) state, where fire services warned of dangerous conditions on Monday and Tuesday as temperatures climbed and strong winds were expected, reports Efe news.

Authorities have urged residents of the affected region to prepare for the possibility of evacuation.

The fires have destroyed 150 houses and at least 30 people have been injured.

Prime Minister Scott Morrison, who visited an evacuation centre on Sunday, praised the resilience of the affected people and the firefighters’ efforts, announcing economic measures to help those displaced by the fires.

Morrison had warned on Saturday that the number of casualties could increase further.

The government is considering deploying military personnel for helping in efforts to douse the fires, which have also affected the neighbouring state of Queensland.

Between July 1 to November 5, around 574,727 hectares of land – the size of Luxembourg – was burned in Australian bushfires, already exceeding the area consumed by blazes in the previous two seasons put together.

The fire season in Australia varies by area and weather conditions, although it usually occurs during the southern summer (December-March).

The worst fires in the Oceanic country in recent decades occurred in early February, 2009 in the state of Victoria, causing 173 deaths and leaving 414 injured while burning an area of 4,500 sq.km.

Masks recommended in US schools for everyone over 2 yrs