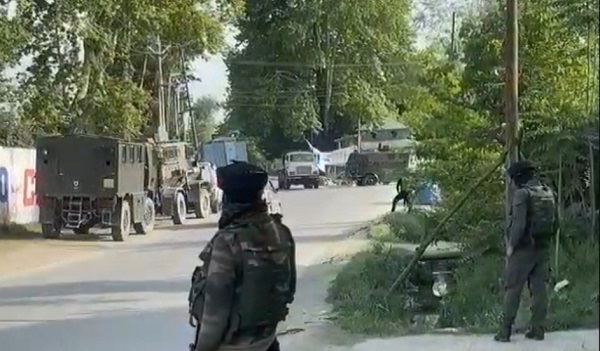 Police said acting on specific input regarding the presence of terrorists in Nowpora, Mir Bazaar area of Kulgam, a joint cordon and search operation was launched by police and army.

“During the search operation, as the joint search party approached towards the spot where the terrorists were suspected to be hiding, terrorists fired indiscriminately which was retaliated effectively leading to an encounter. Later on, the CRPF’s 18 Bn also joined the operation,” police said.

In the ensuing encounter, two terrorists were killed and their bodies were retrieved from the site. They have been identified as Yasir Wani, resident of Wangund, Kulgam and Raees Manzoor resident of Chotipora, Shopian.

“As per police records, both the killed terrorists were categorised and part of groups involved in several terror crime cases including attacks on police/security forces and civilian atrocities,” police said.

Inspector General of Police, Kashmir Zone, Vijay Kumar congratulated the joint teams for conducting the operation in professional manner without collateral damage. He also termed the operation as a big success as the operation site was very close to National Highway (Amarnath Yatra route).

Arms and ammunition including an AK-47 rifle and a pistol were recovered from the site of encounter.