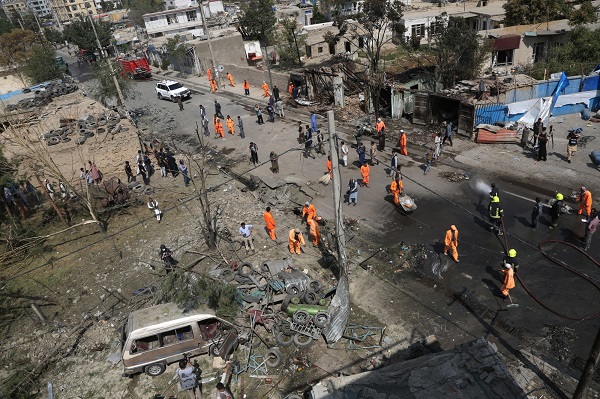 Kabul, (Samajweekly) The Afghan Independent Human Rights Commission (AIHRC) has said that in the first week since the start of the peace talks in Doha on September 12, 19 civilians were killed and 45 others wounded,

In a statement on Thursday, the Commission said that the civilian casualties were unacceptable amid the ongoing peace talks in Doha between representatives of the Kabul government and the Taliba, reported TOLO Nwws.

Afghan security sources have said that the scale of violence has expanded to 24 provinces of the country since September 12.

“The violence continues and sometimes the scale of violence increases; the increase in violence has no justification,” said Rasoul Talib, a member of the peace negotiating team representing the Islamic Republic of Afghanistan.

According to the Afghan security agencies, an average of 30 security personnel were being killed on daily basis.

“Increase in violence has created major concerns for the people, we are concerned about it, we hope that the talks in Doha lead Afghanistan to a ceasefire,” said Faraidon Khawzon, a spokesman for the High Council for National Reconciliation.

On September 22, the Ministry of Interior Affairs said at least 98 civilians were killed and 230 others were wounded in Taliban attacks in 24 provinces in the last two weeks.

But the Taliban rejected the figures, saying that the government’s major operations in nine provinces have increased the conflicts with the group.

The grim developments come as the two sides have held four small “contact” group meetings over the last nine days to try and decide the rules, agenda and scheduling for the official talks.

27/08/2020
We use cookies to ensure that we give you the best experience on our website. If you continue to use this site we will assume that you are happy with it.Ok