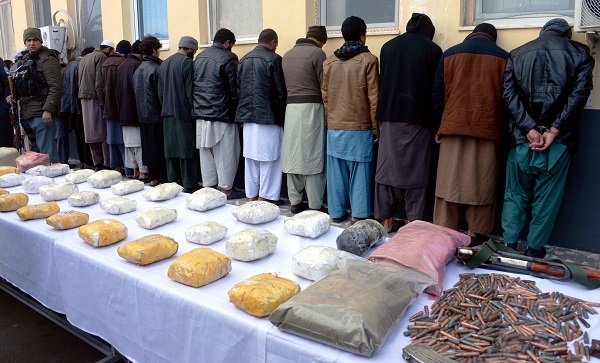 Kabul,(Samajweekly) The Afghan National Police (ANP) has arrested 17 terrorists involved in a series of bomb attacks in Kabul, the country’s Ministry of Interior said on Wednesday.

“Over the past few weeks, ANP has managed to arrest 17 mine planters and detect and defuse 10 rounds of roadside mines and improvised bombs prepared by terrorists for explosions in different locations of the capital,” the ministry said in a statement.

Over the past years, the capital city has been hit by a series of terror attacks by the Taliban insurgents and militants of the Islamic State (IS), Xinhua news agency reported.

The ministry added that efforts are being made to arrest all elements behind bomb attacks and mine blasts in the capital.

26/05/2020
We use cookies to ensure that we give you the best experience on our website. If you continue to use this site we will assume that you are happy with it.Ok